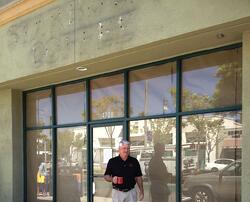 Today’s a big day in my career as a retail consultant; a sort of bookend to a journey I began fifteen years ago with a coffee retailer, Mike Sheldrake at Polly’s Gourmet Coffee.

Mike was going up against one of the largest consumer brands in the world, Starbucks.

It’s a bookend because at that moment fifteen years ago my brand and career catapulted into a bright future.

And today marks the end of the store that made it all possible.

Because today, the Starbucks that moved in 100 feet from Mike’s doors is closing.

Corporate speak is that Starbucks is consolidating their two Belmont Shore stores into one remodeled location.

Fifteen years ago, large chains used their clout to add locations; it didn’t matter if there was sufficient demand or not.

My take on this location’s closing? Demand wasn’t high enough.

Fifteen years ago, Mike’s client base began to erode as his customers flocked to the store with a green logo that symbolized a premium product.

Independent wasn’t a badge of courage back then.

Mike could have continued doing business the same way he had always done business for the previous 20 years...

He could have put his head in the sand and continued to watch his margins, sales and profits disappear.

But he knew enough to say, “I’ve got to change.”

Mike sensed he wasn’t providing enough for his customers to want to return, so he hired me.

I had been in business as the Retail Doctor for a few years but I wasn’t well-known yet as a retail consultant. That’s when Mike’s search led him to me.

You can read my complete Polly's case study here.

Together we remade his business to fight the corporate giant. And we didn’t make it a pity party, we made it a game that poked fun at Starbucks as ordinary coffee. We improved the customer experience, the retail sales training, the employees and the environment.

Once sales were up 50%, I brought two other coffeehouse owners together to form the Long Beach Coffee Alliance. To jumpstart the PR, I took a picture of the three of them in front of the very Starbucks that is closing today. It got some great press. 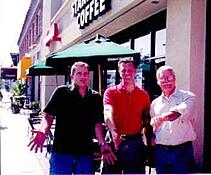 While one of the three sold his business and moved to Italy and another transformed his into a franchise, Mike loved his location and was up for the David v. Goliath battle.

And he knew enough to listen to me. Even when it hurt to admit I was right.

“I wouldn’t be in business if it weren’t for Bob Phibbs, the Retail Doctor.” – Mike Sheldrake

It was the right time, and we were the right people.

How do you make today the right time for you and your brand?

Don’t be one of the many hair salons, toy stores, gift stores, teacher’s supply stores, hardware stores, jewelry stores and other retailers that have given up and closed their doors. Don’t ignore the changing signs of a shifting marketplace:

Today, the signs can be a bit more muddied as the very people smiling at you on the street, could be shopping your competitor from their smartphone as they pass your retail store.

Mike didn’t stay stuck in fear; he persevered doing the only thing he could do – work on his own four walls. (Read more about the case study here.)

"We understood the battle is never over," says Sheldrake, whose coffeehouse is still healthy and boasts over $1 million in annual sales.

Some said that Starbucks had crossed the line with their tough, competitive practice that made no economic sense and served only to wipe out rivals.

It took 15 years, but this week the folly of opening a second location apparently became evident to the Starbucks team.

One thing didn’t change for Mike - where there’s hope, there’s a way.

To compete you still have to:

It’s simple, whether you are a luxury retailer, gourmet deli or any retailer in the world.

You can’t just have the best products small business owners.

You have to give customers a reason to purchase…

Unless you start with your customers, you’ll end up distracted, thinking that success will happen if you hold more sales or just educate potential customers on the importance of buying local.

Customers already know you are local.

Instead of trying to educate them, give them a reason to buy from you. It’s the soundest advice I can give you and the same retail advice I’ve given to numerous successful retail clients for more than twenty years.

If it hadn’t been for that Starbucks, there wouldn't have been a makeover, and there may be no Retail Doctor. And yet here I am and here is Polly’s, both still here and thriving.

What Retailers Can Learn From A Hotel Makeover [Case Study]