Who is the champion of retailers? Before 1994, there wasn’t a champion because retail was already starting to lose ground to online competitors.

That’s when Bob Phibbs stepped into the fight to give brick-and-mortar retailers a fighting chance. The Retail Doctor launched in 1994 and for the past 25+ years, you’ve seen his work.

Bob Phibbs was named one of the top retail influencers of 2018, a recognition he is humbled and grateful to receive. He is also an American Express merchant advisor, IBM retail futurist, and RetailWire BrainTrust partner. His website and blog have been named Best On The Planet For Retail in both 2017 and 2018 by Feedbuzz and was listed on over twenty retail influencer lists in 2018, often as #1.

Yes, success doesn’t come without more than a few bright lights. Bob has made appearances on ABC, Fox, MSNBC, and PBS, among other networks. Bob and his work have also been featured in articles by Entrepreneur, The New York Times, and the Wall Street Journal. He also has provided business makeovers to The Los Angeles Times. He is a Top Voice on LinkedIn.

Bob knows what it takes to rock in retail because he’s spent 30 years in the trenches of retail ups and downs. He’s been a corporate officer, franchisor, and entrepreneur who fought his way to the top.

Bob’s direct influence generated the highest increase in sales from South Coast Plaza, the highest grossing mall in the USA. He is a member of the National Speaker's Association and Author's Guild. Here’s a rundown of Bob’s expertise and the results he generates for clients:

See why over 50 top retailers and influencers recommend Bob Phibbs the Retail Doctor on LinkedIn.

Have no fear: the Retail Doctor is IN for big-time business.

Bob's mission is to provide training and inspiration for retail brands starving for success so they can beat online competitors and take back their marketplace.

No more price wars, only profits.

Bob Phibbs is the Retail Doctor, the one brands trust to revitalize their retail presence with all the secrets and techniques you’d expect from a world-class expert. Bob matches New York moxie with L.A. innovation into unforgettable, funny, and right-between-the-eyes presentations. Bob has been a featured speaker around the world, including Bahrain, Belgium, Ireland, Portugal, New Zealand, Norway, and the UK. 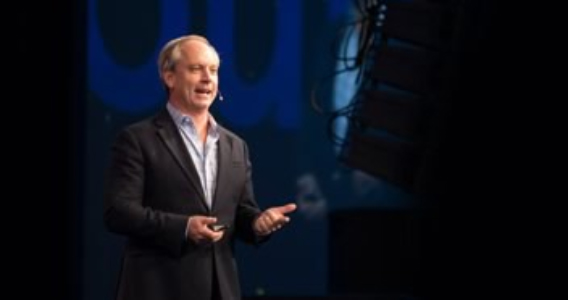 Put 30+ years of retail success to work for your brand.

“If I hadn’t been there to witness it myself, I wouldn’t believe it.”
Anissa Burell-Butler, Tru Vue

Retailers have more than just a fighting chance of increasing sales, winning back market share, and beating online competitors.

One of Bob’s most publicized successes was with an independent coffee house. Sales slipped for years after Starbucks opened ten blocks away from this coffee house. When a second Starbucks opened just seventy-five feet from the store, Bob Phibbs was called in to work his magic. He helped overhaul the entire operation. Sales rose 50 percent over that record year and an additional 40 percent the following year. Please, hold your applause until the very end.

From that success, Bob drank up the next big trend helping the startup It’s A Grind Coffee, first as COO and then as CMO. They grew to over 135 franchised locations nationwide, created a truckload of buzz as the featured coffeehouse on ShowTime’s Weeds. Bob’s influence helped make It’s a Grind Coffee the second-fastest growing company in Los Angeles County two years in a row. He was also a partner in growing the Hunter Douglas elite Gallery dealers program across the U.S.

Now, you can see why brands trust Bob Phibbs to give more than just a makeover to their retail presence. If you’re looking for a shy, unassuming, pushover type of specialist, you’re prepared to lose because that isn’t Bob.

Retail isn't easy but as long as you focus on the customer and not today's shiny objects, you can win.If you want a no-punches-pulled, unquestionably clear voice that knows retail better than anyone else, you need Bob Phibbs. He’s not shy because champions aren’t afraid of their competition.

IIn addition to his virtual events and online training to help retailers succeed during Covid, he can also partner with your brand to get your message to retailers through his Influencer program leveraging his nearly half-a-million followers.

What Clients Are Saying

Get the Retail Doctor’s prescription for success.

Click the button below to start the dialogue how Bob Phibbs can bring excitement, education and fun to your event.

HIRE BOB AS A SPEAKER