How To Remove Half-Assed Responses To Requests For Customer Service 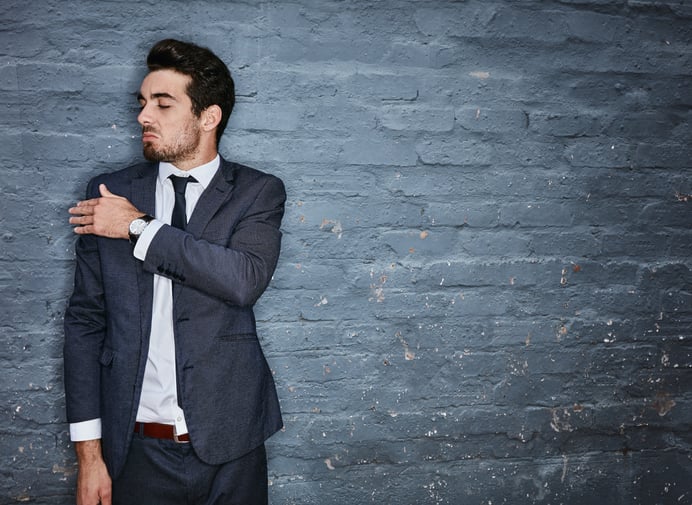 
A friend of mine was at a restaurant the other day. She was told they would have the next ocean-view table. The hostess seated someone else at the table they were waiting for; the server apologized and said they’d have the next one yet let it slip away.

One of my clients left a list of calls with her staff that were to be made to customers about an upcoming event while she enjoyed a day off. The crew gave the perfunctory reply they would get it done. The crew knew what was to be accomplished yet did none of them.

I was in a store recently and asked about a custom order. The salesperson shrugged his shoulders as he gave me an off hand response to write down my name and phone number and someone would get back to me. No one ever did.

These are all half-assed examples of not following through...

And what is at the core of this? No accountability.

Unless there are consequences for inaction, the behavior will just continue…or worsen.

You could say that in all three cases above the company representative did not see things through the eyes of a customer. But that’s too simple.

How can an employee have empathy for another person or open their heart to a stranger when they aren’t open to themselves?

I was speaking at a high school recently and during the question and answer period, the one thing students most wanted to hear about was when something failed and how bad it got.

It wasn’t about sucking it up when things were down and conquering a problem, but it seemed they had learned along the way to use weakness as an excuse to not perform. It wasn’t that they took responsibility for not doing the homework, reading the book, doing well on the test, even just showing up in class; they blamed their lack of performance on anxiety, family issues, ADHD, whatever and said that’s why they had poor grades.

None of it was their fault and when I asked them about their goals, most said they were going to have their own businesses. While I tried to make the point that if they hadn’t developed the personal regiment of setting goals, getting a job, and working towards becoming an entrepreneur, it would never happen. That seemed to fall on deaf ears.

Maybe smartphones have dulled their feelings, I don’t know…

But without having strong feelings, they don’t grow their own styles. Their hearts aren’t open to themselves or others.

In a recent Entrepreneur article, John Eades, CEO of LearnLoft cited a lack of confidence as a reason many Millennials are let go. "Leaders are looking for people with four things," he said, "Confidence, drive, selflessness, and character." Without confidence, the other three characteristics are difficult to develop.”

So how do you build confidence?

You give clear instruction.

Most of all, you hold employees accountable for what was taught.

That means paying close attention to a new hire for executing properly. Not nit-picking each and every thing - no one wants that - but letting an employee tell you they’ve handled something without a follow-up question as to how they handled something implies saying you fixed something equals fixing it.

It doesn’t. It leads to employees saying what they think the shopper wants to hear but leaving the customer hanging.  Even if it is difficult news, we dropped the ball, customers would still rather hear it from one person once than have to endure a runaround with several other people just because that first employee didn't want to make a stranger feel bad.

Saying what someone wants to hear "you're next on the list, I'll get back to you, etc." but not taking action to actually do or resolve it is what I call a half-assed response.

While most responses that are lacking don’t have big consequences, an ocean view table at a restaurant or help finding a widget, many times employees don’t seem to grasp the difference between when something is a major deal and when it isn’t.

That’s why you need to teach them the entire following process.

Here’s how to train away the half-assed customer service responses:

1)    Restate. Instruct your learner to respond to a question by first restating what they think the problem is. For example, “So what I’m hearing is you want to know the day your window coverings will be shipped because you have a big event two weeks from now; is that right?” That confirms the associate is actually listening and understands the problem. Listening to fix is different than listening to dismiss.

2)    Relate. Instruct your learners to say something that shows empathy. For example, “I can see why having bare windows at your graduation party would be frustrating.”

3)    Own it. No matter who you are... whether manager, owner, or salesperson...whoever receives the inquiry must take responsibility for taking the customer to the next level, even if they don’t know how to fix it. Your customer needs to hear you say, “I can help you right now.” Then...

4)    Tell them what will happen next. No one wants to hear someone will get back to you. Make it clear what you can do to solve the problem. “I’ll take as much information as you have including your email and while our order desk is closed on Saturday, I’ll follow-up Monday morning with our Production guy Steve and get back to you by noon.”

5)    Confirm. Send an email to them confirming what you said and offering your cell phone number in case they don’t hear from you.

In a store, you’re a team, where everyone learns and everyone plays their role.

Younger employees, especially, need to be trained to be responsible. You cannot allow them to say or act like it’s, Not my job! because that allows everyone to perform at their weakest level.

The best crew is where everybody is there for everybody. Not there only for themselves but as a team. They collaborate to keep things going. The individual sucks it up when they screw it up and then takes responsibility to fix it .

What’s the major problem in creating accountability? Not training what to do and what will happen if it isn’t done correctly. Untrained employees just kick the can down the road and move on.

Young people, we’re being told, may be unused to accomplishing things on their own, and therefore suffer from poor self-esteem. Low self-esteem often means we treat others like we treat ourselves.

To have truly excellent customer service, you need to hire people who have the self-confidence to treat others the way they would like to be treated.

You need to train those employees how to deal with various situations and give them resources like my latest Features & Benefits Course.

Why Have Customers Become so Aggressive and Belligerent?