Retail Training - How To Effectively Develop The Best Sales Skills 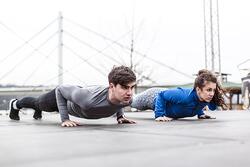 Looking for the easy answer for how to develop the best retail sales skills?

Let’s be honest, how many of you hear something, a light bulb goes off, and you immediately use it?

Truth be told, few of us.

If all we had to do was listen to smart advice, we’d all be much further along in our development as salespeople, executives, or business owners.

So I got to wondering, why, once we’re exposed to something – watching a video, reading a book, or perusing a blog like this one – doesn’t it stick?

My goal in this post is to help you bridge that gap between knowing something and taking action to use it.

I mean let’s face it, until we apply what we’ve learned, it’s just stuff stored in short-term memory.

And unless something happens with it, it disappears like your memory of who won foursquare when you were six years old.

When I was first starting out in retail, I was interested in advancing myself. I read Zig Ziglar’s book, See You at the Top and the rest of the best business books.

Those books made me feel I was smart. I understood it all. It made sense.

But after a few months, I realized just understanding it did nothing to boost my pay check.

You don’t train until you understand it.

You don’t train until you can do it once.

You have to do it until it becomes a part of you.

You have to do it until you don’t have to think, do this, then that.

The main problem isn't the information, it's the lack of implementation.

That’s why so many people fail when it comes to sales training.

They give a fire hose full of information, but there’s only so much time to absorb it. 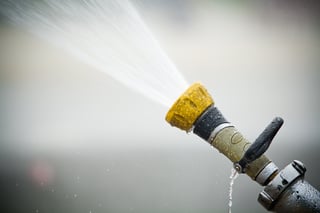 The owner may have shown exactly how they sold their products when they first started out...

The sales representative, at their store meeting may have felt great having presented twenty ideas on how to sell more of their line.

Except information overload leads to shutting down for many people.

Many times I attended sales meetings and thought to myself, or jotted on a pad of paper, do this.

Then I’d hear something else and I’d think…also do this.

By the end, I’d have a list of do this things.

The list was so long I did nothing but file it away.

Those great ideas I discovered?

I’d only remember them when I was exposed to the idea again to remark, “Oh yeah, I heard that once before,” as the guilt crept into my mind that I never did anything with it.

You see, I never took the second step which is to practice what I heard.

The information all made perfect sense, but I hadn’t committed to try it.

Some people say until you make something a habit, it remains work.

I hadn’t even chosen to make it work.

I thought it would just happen.

Could that be you?

That doesn’t work when trying to learn how to play the piano, pitch a ball, or paint a picture. You have to commit to using what you learned.

So the first step in developing your sales ability is to commit to trying something in the physical, not in the abstract.

And then practice to master what you learned until you don’t even remember doing it any other way.

Deciding to try it and then practicing it is what makes your sales training effective.

By choosing your words each and every time, you are rewiring not only your conscious mind, but your underlying unconscious mind. And that’s where the learning can really take hold.

That’s because there are four stages every learner needs to go through for any behavioral learning to stick...

First, the learner is unconsciously ignorant. They simply don’t know what they should know. 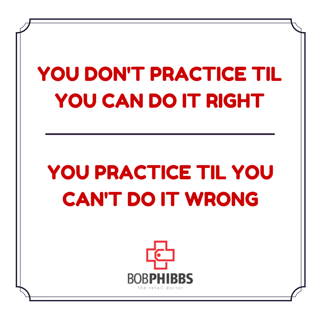 Second, they become consciously ignorant. They know what they don’t know.

Third, they become consciously educated. They know what they should know but have a tough time doing it. They have to think like a baby, place one foot out front, land on the heel then roll the foot forward, select other foot, etc.

Finally, they become unconsciously educated. That is, they no longer need to think about exactly what to do. They have practiced it so much and have met with success so often, it is as natural as walking or breathing air.

Choosing to change your behavior is a choice, isn’t it?

Much like waking up an hour earlier to go for a run, leaving your smartphone in the next room during dinner, or facing a disagreement with an employee head-on, making the choice to change is what separates those who create a life they want to live from those who just live.

A great salesperson who has been properly trained doesn’t have to consciously think, “OK, I’m going to go up and greet this guy with Welcome, walk past him at a 45-degree angle, wait for a minute or two for him to get the lay of the land, then return and engage.”

Instead, they just do it because they trust their body and unconscious mind will choose the right words, timing, body position, and emotions to make the sale.

The concept of the proper way how to make a sale has become a part of their way of thinking.

Now don’t get confused with the employee who just wings it and says the same thing over and over again – that’s not what we’re talking about. That’s just plain laziness!

They are not engaged, they aren’t curious about the other person, and they just want to ultimately get by without having to think.

The difference between great salespeople and posers is the amount and consistency of practice on the sales floor.

To reach your goal and become something better than you already are, you must practice consistently. Just like any great performer from Yo Yo Ma to Lady Gaga, your success comes from consistent practice.

The knowing what to do (or not do) is only a part of it. The real training is within your own head.

Think of all the times people go on a diet with the best intentions on January 1 only to abandon it with a fresh-baked almond croissant on January 10.

Until you change your subconscious, your real operating system, you’ll stammer and start but return to the old, the familiar.

That’s because repetition is what is most needed to change, not the knowledge, but the again and again practice of doing it without having to think about it. 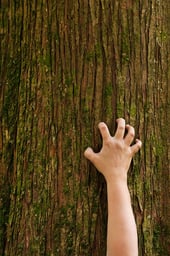 As new behaviors are learned, the old familiar will cling and claw its way to stay in control, and that moment is your moment of truth.

Are you willing to push past that to the other side where you will unconsciously be educated?

You will if your goal is use your retail selling skills, exceed your sales goals, and keep your job.

Also see, How to Approach A Customer in a Good Way

You have to consistently put into practice whatever you learn – it’s true for basketball, writing, and selling.

And let’s put a finer point on it…

In a world where ever-more powerful technology and automation is putting people out of work, you have a choice as a human being to either be redundant and replaced, or renewed and retained.

If you don’t master the soft skills, the tools for self-expression with the discipline of self-improvement, your abilities for social connection will atrophy.

Then where will you be? Nowhere...

Take this fact and get leverage on yourself.

How to develop the best sales skills effectively?

Consistently practice and repeat until you can use a sales process without thinking. Once you’re happy with your own results, go even further until you can teach it verbatim.

When you do that, you become more valuable, your sales goals are doable, your hard work pays off, and you look around later and say, that was easy.

To discover if online retail sales training is right for you, what are its' customer service benefits, and what are the things to beware of, as well as to learn a bit about SalesRX.com, my virtual learning platform...

How Online Retail Sales Training Can Be Available to Remote Employees