Retail Business Makeover - The Importance Of Owning Your Own Space 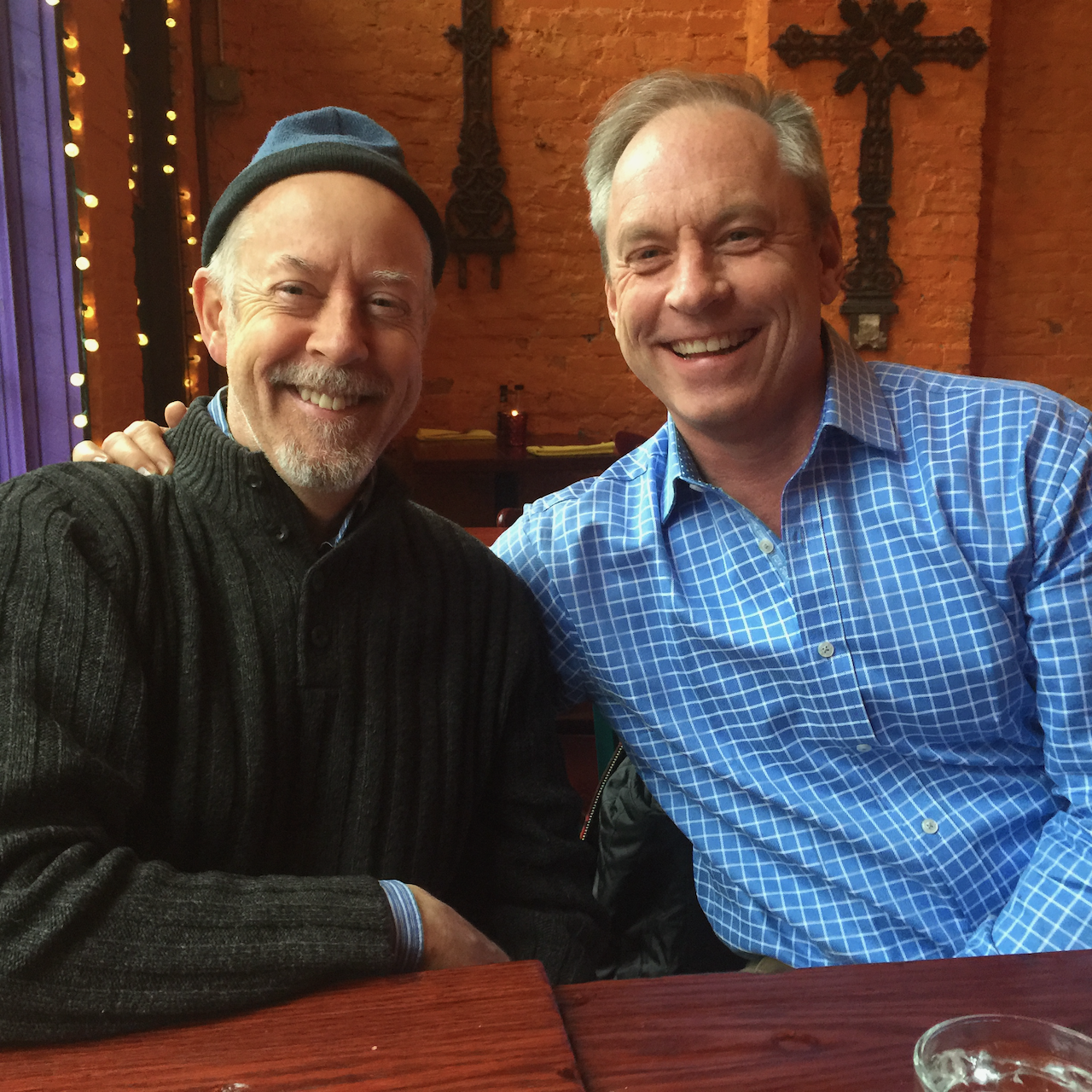 This is a special business makeover of a small business... owned by an artist…a friend.

Peter McCaffrey is a New York City artist who has owned Mascot Studio, a retail store where he has performed custom framing for nearly thirty years.

He’s an accomplished artist having had shows in several galleries in the northeast. I’ve known Pete for awhile and have several of his pieces in my own home. I’ve been staring into his world for at least twenty years.

That’s why when he told me how tough business still is in New York City, one of his best friends Bill Pratt and I offered to help. Pete had thought about making changes over the years but seemed stuck and unable to make them.

While we started this as a business makeover, Pete soon joked that it felt more like an intervention.

Let’s admit it, if you know a picture framer, they can be a bit of a packrat. And why not? They have to buy large pieces of glass and matting material, then cut them to specific sizes. It feels irresponsible to simply toss the leftovers, so framers keep those scraps for the hoped-for-day when a customer needs just that size for a project.

Except they don’t…. but I’m getting a bit ahead of myself.

East Village gentrification has meant rising rents and expectations. Eileen Fisher is a couple stores down and a new Trump development is scheduled for across the street. This is not a neighborhood for trifles.

The building is old with original brick walls and the shop features hand-painted floors Pete and an early partner added for ambiance. Just inside the front door, a large hole was filled with stones. While Pete believed this added to the character of the shop, it didn’t look or feel good.

That’s why it was a bit shocking to walk into a space so cluttered with stuff. Stuff by other people. Stuff that you could get most anywhere. Mirrors, lots of mirrors. If this stuff were all selling at full price and making him a lot of money, that would be fine, but clearly that wasn't the case.

His biggest asset, his own paintings? Stacked on top of shipping containers of glass; almost out of sight.

The shop is small and divided into two areas - the framing operation in the back with a small area in the front. That area had been divided by a pony wall about six feet from the front door. This gives the entire environment a claustrophobic feeling – and gosh forbid someone else is in there already ….

The pony wall hid a desk full of papers, receipts and more stuff, with more stuff under and around that stuff. The front window was dark and filled with objects d’art and frames. The interior walls were dark because they were primarily lit from table lamps, which caused visitors to look down, not up.

Worst of all, Pete McCaffrey, the artist, was nowhere to be found.

The back room was even worse, a mishmash and catch-as-catch-can area which made me wonder just how he had framed works for some of the city’s toniest clientele.

And everywhere there was glass… under counters, stored in boxes, broken in the back of storage areas – everywhere you looked was 30 years of discards.

This back room was poorly lit as well – a big problem for someone doing the work that paid the bills. And you couldn’t get to the bathroom without a fight with the trash and more stuff.

The business makeover plan would be simple; we needed to clear out the old and get the energy right. What was now a cluttered frame shop would become the working gallery of Peter McCaffrey. If Pete were going to up his business, make more money from showing his own art and reap all of its profits, we had to get rid of the stuff and focus on him.

His artwork, that retailed for several thousand dollars a piece, needed to be the impetus for remaking the smaller front area into his own gallery.

We spent one afternoon just cutting and smashing leftover glass and then carefully placing the shards in containers to drive to the dump. The rest of the time meant cleaning up and cleaning out, relighting, repainting, removing, masking and editing.

As we began the changes, many of those who have known Pete through 30+ years were concerned that he was leaving 9th St. And some of the aspects of the physical appearances of the "old shop" were a "comfort" to those who fear the encroachment of the Trumps and the Big Box stores.

How does a business respect the "history" of the space, without appearing shabby and out of date? Pete's window has been a draw to the passerby for years. How does a business draw and shift it's focus from the small scale of the window to the larger aspect of what's being offered inside? Especially art? Those were some of the considerations as we proceeded with the business makeover.

We didn't want to lose the soul of the shop, but also felt that change releases energy for everyone.

Just before I began this business makeover, I was speaking at a conference near Albuquerque during the Balloon Festival. A vendor had a sign that read, “Whatever your goal is, you will never succeed unless you let go of your fears and fly.” The next day, I rode in a balloon myself, despite my initial fears.

This makeover is as much about Pete letting go of his fears and embracing his own stature, his own creativity, and indeed, his own work.

It is about arriving in the space he created thirty years ago. It is about showing up each and every day as that artist, surrounded by the world he’s created.

We are about mid-way through the changes. We’ve removed the pony wall from the front area, fixed it’s floor, added new lighting, and hung Pete’s artwork. The visitor now looks up at his artwork. The gallery space is now twelve feet deep, so we were able to add a couple of chairs for people to be able to sit and look at his artwork.

Now, all a visitor sees as they walk by Mascot Studio is well-lit artwork by Peter McCaffrey. It is strategically placed to draw them in. And in case there is any doubt, we’ve put his name right on the front window.

We’ve added lighting to the back and added a new work area for framing. Yes, there is still a ton of old artwork to clear out, and the back area still has lots to go through. The track lights haven’t been put in, and we had to do something more with the front window. The artwork is being curated and added to using Pete’s innate vision.

What I want you to take away from this makeover is this:

My final message to you

Respect your creativity, moxie and drive that has gotten you this far. Then be willing to let go of the past. Come to work tomorrow with fresh eyes. Own your space. Let go of your fears. See things from a customer’s view. If you want help, remember the Retail Doctor makes house calls.

Will this makeover deliver profits? You never know at first. Huge changes affect everyone, from the shopper to the shop-owner and even to the shop-next-door.

This is what Pete had to say when I showed him this post, "I was well aware of how the shop space has not been working for me for awhile. Your help in kick-starting this transformation has been invaluable!...the flow of energy to me from refocusing from "merchandise" to exhibiting my own work, just really makes sense. It's all part of taking ownership of one's own's strengths. I think it's high time I do just that!"

Pete has had more traffic come through his door than he has in awhile - even with the store not fully put back together. And his framing business has picked up significantly, so his future is definitely brighter.

Whatever your goal is, you will never succeed unless you let go of your fears and fly.

How To Leave Excuses Behind, Dig In, And Grow Retail Sales
11 Ways Your Retail Employees Sabotage Your Sales
5 Ways How to Raise Your Conversion Rate: Training Retail Sales Staff
How To Make Your Retail Jewelry Store More Profitable: 7 Tips