Retail Brands Are In Trouble. Is Yours Next? 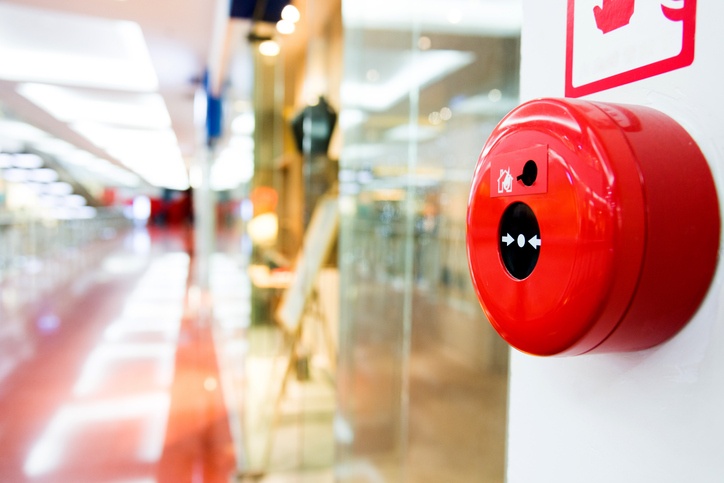 Did you ever watch the Sopranos episode where Richie racks up a massive debt? Tony takes over the business and racks up even more debt. In the end, the store goes out of business due to the enormous debt load.

But there was a bigger problem than the debt, Richie’s gambling.

A lot of retailers are in trouble right now and it is easy to say it’s all the debt, but there’s a bigger problem, the hollowing out of the middle of retail.

This past week, Nine West, a shopping mall staple, declared bankruptcy. They were founded by Vince Camuto in the 70’s with fashionable footwear at popular prices. As women entered the workforce, Nine West was able to give them a reason to walk down the mall from the department stores to get their shoes. They were named Retailer of the Year by Footwear News in 1994.

Retail Associate Training - 9 Ways To Get Better At Selling

By 2006, they had upwards of 700 stores. The following year, Andrew Cohen, their CEO said Nine West brands accounted for 10.4 percent of the women’s footwear market.

Do women no longer wear shoes?

Of course they do.

It’s easy to explain that women are all online but that’s not what reports are telling us as online seems to be holding at around 19% of retail sales.

What does a specific brand offer to a shopper?

Product brands have mojo because they are manufactured a certain way and that way is a guidepost to the consumer. If you have a good experience wearing Nike, you’re inclined to look for and buy Nike again. If you have a rotten experience, you will avoid them.

This works for products and stores.

That brand trust is what makes shopping easy. Trusted brands represent value; you don’t have to know more than who you purchased it from, their very name means quality.

But trusted brands are under siege now as new brands touting themselves as disruptors are telling shoppers other brands aren’t worth it.

Brandless, an online retailer, features 250+ generic products. They estimate “The average person pays at least 40% more for products of comparable quality as ours. And sometimes up to 370% more for beauty products like face cream. We're here to eliminate BrandTax™ once and for all.”

This assault on brands is hollowing out the middle of retail products where growth is happening only at the bottom with low-prices or at the top with high-touch luxury brands.

At the retail level, the hollowing out is forcing shoppers into self-service for everything from fashion to footwear to food.

No one is waiting on anyone anymore; after generations of bad customer service, the jaded public doesn’t seem to know the difference.

This lack of attention causes many to think fast fashion is the new way forward. Who cares if it lasts if you got it cheap? And for many years, fast forward brands like H&M were able to thrive.

But is fast and cheap the way to save brands going forward?

Last week, H&M, the darling of the fast fashion world, admitted in their latest quarterly report that they were in trouble to the tune of $4.3 billion in their unsold inventory of shirts, dresses, and accessories.

Or could supporting a social cause be the way forward as brand equity retreats?

Are brand’s social programs becoming more important than the quality of their products?

Take for example TOMS’ shoes, the retailer who pioneered the buy a shoe, we give a shoe to charity concept. But TOMS’ has been dogged by media reports that its donation platform for free shoes is actually more effective for marketing its company’s wares than it is at actually helping people.

OK you say, but maybe brands are meeting with success online, rather than in brick and mortar stores.

During this past holiday season, which saw the biggest retail sales increase since 2011, where Ebay, Amazon, and Walmart saw traffic gains of 3-4%, there was less traffic to the top branded sites - down 2% compared to Q4 2016. This comes to around 117M fewer visits per month.

Across the top 50 shopping sites, traffic was down.

Maybe online will hold steady instead of increasing dramatically. Maybe we’ve turned a corner where brick and mortar is making a comeback. It’s too early to say.

It doesn’t reduce the fact there are too many places to buy too much of the same stuff.

Is all of this a sign of something troubling? Yes.

The thing to worry about isn’t online or offline, it’s the very real possibility that your brands’ customers have moved on.

You’ve become irrelevant to their needs.

See also, 7 Things Every Retailer Should Takeaway From The Toys R Us Demise And Lowes Conversion Rate Problem

Many of the brands struggling today took their shoppers for granted. They thought they could buy other companies that had nothing to do with their core customers and grow sales; that has proved otherwise.

They expanded into markets they shouldn’t have. They thought they could remove service and manage down labor; that has also proven otherwise.  And chasing the lowest prices brings the reality, there's always someone cheaper.

Finally, they’ve thought self-service is the best service which has led many down the path to being acquired and closing stores.

A lot of brands and stores that grew with Baby Boomers are struggling for relevance and foot traffic. When you were the only store on the block, you told yourselves you were successful because of your loyal customers.

When shoppers dwindle, you say it is someone else’s fault. That’s human nature.

But amid all the chaos and retail trends caused by generational differences, discounters, and the changing needs of consumers, you need to ask yourself…

How do I keep my brand relevant to my consumers?

It’s not as hard as you think.

Just talk to them.

Don’t assume what got you here is what is going to get you there in the future.

I suggest the way forward is not less shopper interaction but more.

It’s curated brands you can sell, not just carry on your salesfloor.

It’s a ruthless focus to creating an exceptional experience from your employees, quickly removing those who aren’t up to the battle.

You want to compete in this changing retail dynamic?

Build a brand that stands for something, is easily recognizable, and changes to become more relevant to your shoppers.

Shoppers are out there right now looking for something new. Don’t give them the same as everyone else or you too will find your brand irrelevant and out of business.

Levi’s vs Gap: A Tale of Two Titans' Retail Branding During COVID-19