9 Sure Signs Of A Rotten Retail Manager

When you give salespeople a terrible manager, one who hasn't a clue about employee performance management, they can remove all the opportunities for making a sales team's work meaningful and engaging.

All those employees will ever get out of their jobs is a paycheck.

When managers come up with busy work simply to occupy their employees’ time and not to drive store sales, they are disengaging the minds of the great employees and welcoming the mindless to work each day.

Drones exist to make their managers look as though they are managing employees well.

At the height of the '70s recession, I was the manager of a shoe store. Sales were slipping, and my district manager demoted me without warning.

My new team leader made changes. Effective immediately, if a customer asked anything other than about the shoes we had in stock, we were to answer I don’t know.

Even if we did.

Even if it had nothing to do with shoes.

Instead, I was to go to the stockroom and reprice the thousands of boxes by removing the price sticker on the front of each box and repricing with the same information but on the side of each box so that customers wouldn’t see the price as easily. It would take weeks. It also would make price changes and inventory a time-suck.

When I gave notice two days later, the team leader was genuinely shocked. That’s one of the first ways you know bad retail managers, they don’t know what’s happening.

Nine signs of a terrible manager 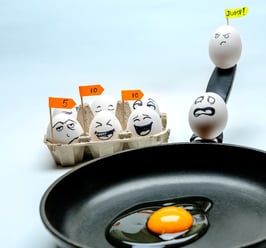 They don’t know what is going on. As I mentioned in the story above, if your managers are clueless about what effect they have on their crew, you’re sunk. That’s because the best managers at every level are keen to monitor the emotional temperature of their crew. If there is a person, a situation, or a policy that causes the team to be upset, good managers know they have to deal with it - especially if it is something they have responsibility for.

They can't get people to change their behavior. If managers are unable or unwilling to inspect what you expect, you’ll have a broken culture. If there is a new policy, let’s say to implement my online retail sales training program, managers need to ask questions until they understand the policy. Next, they need to think of those questions their employees will ask and then develop a plan to implement and follow through. Many retailers have task-based managers who, when given a project like moving a department, can excel, but when told to drive sales performances up by changing employee behavior, have no clue how to do it.

They can't fire people. There's giving someone a second chance, and then there's being taken advantage of. You don't want managers so emotionally invested in losing an employee that they are paralyzed at doing the hard work of letting them go. When the bad apples get to stay, it drags the whole team down until all the good employees have left. You want team leaders who are compassionate but who also have the greater good in mind. They must help those sales clerks whose minds and hearts have already left to move on.

They don't take interest in their KPIs. Your Key Performance Indicators (KPIs) are the proverbial canary in the coal mine that can warn of correctable problems. When average number of units drop, it is the first sign of a crew not doing their job. You want someone who looks at reports as a valuable tool to move sales.

They are an excuse magnet. Ever seen a character in a movie say, "I'm not a racist BUT," and you know they are about to say something racist? Well, a person who says, "I'm not making an excuse BUT," you know - and they know too - that they are about to give you an excuse. You want someone who says upfront, "I know we have some work to do; here's my plan."

They allow a dirty store. While many retailers have cleaning services, the daily upkeep of the store reflects the pride the manager holds in working there. If they allow trash on the counter, dirty windows, or half-taken down promotions, etc., they are allowing staff to turn a blind eye in customer-facing areas of the store and behind the scenes. Vigilant managers keep things ship-shape which also cuts down on worker theft. 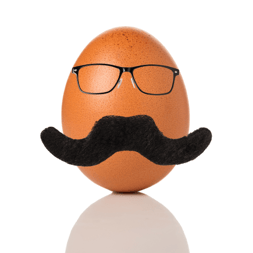 They are invisible on the sales floor. They stay in their office or stay on their smartphones. They delegate everything and don't put the work in themselves.  This is why employees think their bosses live in a fictional world separate from the realities their salespeople face with customers - an ivory tower. Dismissive instructions like, Deal with it or Get it done when they have no idea of staffing levels or how busy their employees really are, or the unexpected arrival of shipments, make employees despise their managers.

They micromanage. When no decision can be made without their input when their first response is to correct something minor when - as one employee told me - his boss had to piss on anything he suggested, it makes employees’ hearts cold and causes their brains to turn off - the last thing a real merchant would ever want. You want someone who can delegate and inspect afterward, then coach as necessary.

They criticize staff in front of others. Worse are those who do this in front of customers. They don’t provide constructive criticism because they don’t know how to communicate well. They don’t help staff improve because they are reactive instead of proactive. You want a team leader who is hardwired to follow the classic mantra, Praise in public and correct in private.

Here’s why all of this is so important…

When employees have work that they want to do with fair oversight, they are happy. And when they are happy, their work is better, and it always shows up in the company’s bottom line.

Great managers give their teams more of a say in how they can contribute and do their jobs; they offer opportunities to learn and grow. Great managers encourage employees to suggest ideas for improving retail sales and listen to what they say.

Those employees want to get to work because of the time their managers have put into making their day.

The good news is that even if one or two of these describes your behavior, you can change... starting today. Retail training for managers has to start somewhere...

Oh, and about the shoe store manager I mentioned earlier? I visited that store with the owner of a new company I was working for. The district manager stopped us and told my boss, "Take good care of him. He was the best manager we ever had."

Retail Sales Training - How To Give Feedback To Employees

50 Things Retail Employees Can Do When They're Not Busy

15 Employees From Retail Hell and What To Do About Them