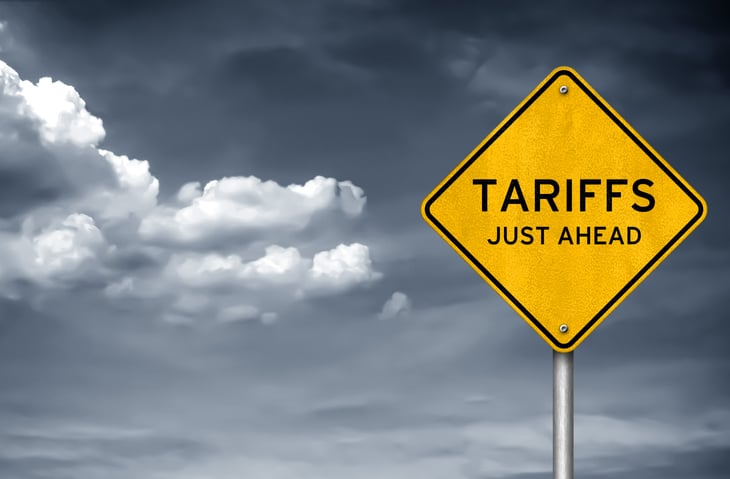 I expect it is going to be a great August for retail sales. Not because it’s back-to-school season but because of announced new tariffs.

When people hear 10% - 25% price increases due to tariffs are coming, it makes them uneasy.

When shoppers hear prices are going to go up September 1, we’ll see those who were looking to purchase something in the fall moving that purchase to August. Essentially August will be dragging demand forward from fall, so I expect August to have higher numbers than 2018.

Consumers are going to feel the pinch no matter where they shop this holiday season. Every retailer – including big boxes, grocery stores, independent retailers, boutique retailers, and brand (both in brick and mortar stores and online) will feel the effects in some way.

Shoppers have come to expect low prices on everything. How did we get here?

Back in the 80’s WalMart was becoming a very big presence as they opened stores particularly in underserved parts of the country. Promising everyday low prices, they were known as ruthless negotiators who got the absolute lowest prices from their vendors. If a product didn’t meet their pricing targets, it wasn’t purchased.

I remember a story of a guy in the midwest who told sold box fans. The company had made them domestically for many years. Walmart told them he had to meet a new lower price so he moved production to China.

Many domestic manufacturers said they couldn’t compete with Chinese imports and were gone.

Now with emerging tariffs, one has to wonder if we hadn’t gone down this relentless path to save a few bucks back then, and seeing now that the prices with tariffs will probably end up being about what they should have been if produced domestically, could we have saved our manufacturing base?

Yes, many brands are now scrambling to move their manufacturing out of China to Vietnam and other countries, but the damage has been done.

Big companies will be able to demand lower prices from suppliers to help offset tariffs, but smaller retailers will have to either discontinue brands they can’t be profitable on or raise prices.

That’s part of why so many retail stocks slumped after the White House announced a fourth round of tariffs to take place within 30 days.

Consumers have never been more price-conscious and when they read that 70% of shoes sold in the US comes from China, it has to leave a mark on their consumer confidence.

Brands like Steve Madden, who Piper Jaffry estimates has 94% of their shoes manufactured in China, will be hard pressed not to increase prices as they don’t go through a distributor who could absorb some of the costs.

Private label apparel too is going to be impacted because so much comes through China.

So what should you as a retailer do when it comes to tariffs?

First, don’t panic. As we have seen, sometimes things that are announced do not ultimately go through.

Second, analyze which categories you sell that are subject to the Sept. 1 tariffs. If you sell electronics or apparel, you’re probably more at risk of higher prices than anyone else.

Third, now is the time to analyze your overall margins. Maybe you had the luxury of not making much on a brand, but if you can’t make anything, it’s time to cut them loose.

See also, Retailers Raise Your Prices And Here’s How

The economy was already slowing and this trade war will further make consumers worry.

Farmers have been dealing with the fallout from higher tariffs on their goods for months. Many people weren’t up in arms because it didn’t affect their livelihood.

But retail is different. The NRF still says 1 in 4 jobs is directly influenced or created by retail. Like the old saying, I don’t care about something until it affects me, don’t assume you can simply absorb the losses, talk to your distributors and increase your supply-chain choices.

And call your congressperson, no one wins in a trade war.

How To Engage Retail Customers Begins With A Wow Moment