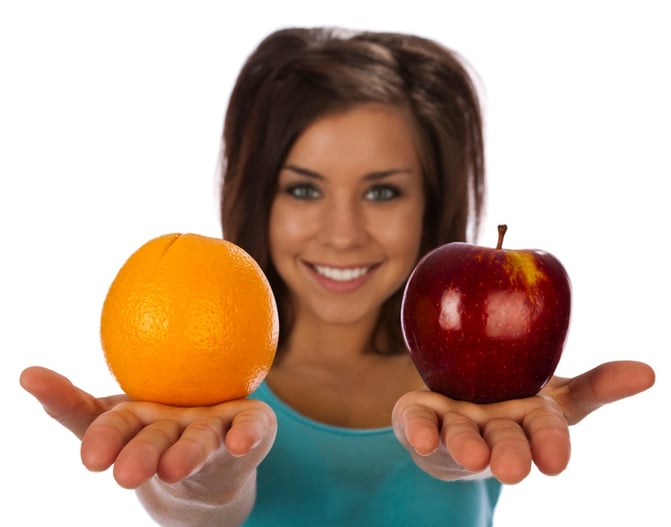 Retail sales training is all about finding new ways to connect to shoppers, new ways to say something so another person can easily understand and so you can close the sale.

I spent a lot of time in the coffee business. One of the drinks we offered was the iced, blended mocha. As we opened up new markets, many times new customers had no idea what that was or tasted like. Since it was one of the best ways to increase average check, we had to get customers to try it without slowing down the line.

While one could say, "It's made from cold-brewed coffee, milk chocolate and ice with whipped cream," customers' eyes would glaze over.

That's why we had to teach the barristas to say, "It's like a chocolate milkshake with coffee."

Simple. Easy to understand. That's because customers knew what a milkshake already was; they had a common reference point.

When Gene Roddenberry first proposed Star Trek to NBC he promised, "Wagon Train in the stars." That anology worked in the mid-sixties when Wagon Train was a popular TV show. That analogy wouldn't work today.

Did you see the movie the Player? It used this technique a lot in the opening scenes in the funny pitches for new movies:
"It's about a TV star who goes on a safari."
"Goldie Hawn would be good."
"Goldie goes to Africa. She's found by this tribe of small people."
"She's found and they worship her. It's like The Gods Must Be Crazy except the coke bottle is an actress."
"Right. It's Out of Africa meets Pretty Woman."

Do you see how that shorthand let's us see the project quickly? Of course, the examples you use have to be generally understood by your audience.

If the listener hadn't seen Pretty Woman or The Gods Must Be Crazy the use of "it's like" would be lost on them.

What technical or lengthy description do your vendors give you to describe their products that make you tongue-tied or customers look at you with a blank stare?

To make better use of selling with anologies, start with those facts to develop your own "its like" descriptions.

"It's simple to learn like riding a bike."
"It's like a watch, set it and forget it."
"If you can screw in a light bulb, you can install this."
"It's like Harry Potter but for really young kids."

Even with an inexperienced sales crew, you can easily adopt this selling technique for your store to help close a sale.

Retail sales training is the key and using analogies can help you grow your sales.

More blogs on this:

Retail Sales Strategy: How to Turn a Sale Around

Is SalesRX Online Retail Sales Training Right For My Stores?

How The Best Retail Salespeople Make The Sale