9 Powerful Tips To Grow Your Retail Sales With Role Play, Even If You Hate It 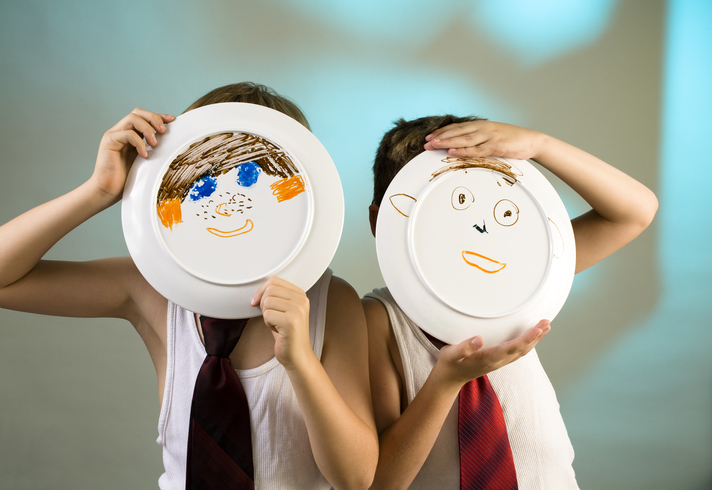 If you’re trying to grow your retail sales, role play has to be an essential part of your daily practice. Retailers who are struggling think their associates can sell without practicing a sales process.

They can’t, you need them to practice.

In college, I studied to become a conductor. I had to prove we could sight-read scores, play various instruments in the orchestra, and sing and play piano. In my first semester I didn’t take practice very seriously.

I came to my instructor’s office to take my final exam on sight-reading. The air-conditioner didn’t work, the lighting was two fluorescent overhead lights, and she sat uncomfortably close to my knees so her occasional grunts at my missed rhythms let me know I was crashing and burning. I hadn’t put in the time and dedication to practice the rhythms that my colleagues had and I ended up needing to take it over which delayed my graduation.

I thought about all that recently when one of my SalesRX users wrote to me asking, “What tips do you have for leading role play? I feel a bit awkward leading activities.”

It is not uncommon to hear people say they hate role play or that they can’t do it.

You are role playing every time you work with someone.

The difference is that when you consciously use role-play to take the theoretical learning you have given someone, into the practical aspect of having them use it, you must carefully guide their way.

If you’re trying to train your new staff in selling your retail products, you have to go beyond telling them what to do and give them a safe place to practice.

Let’s say you wanted to learn how to walk a tightrope. I’d probably start by talking about your mindset before you get on the rope, your foot position, and your balance. We’d then go to a park where I’d setup a tightrope just 12” off the ground for you to practice on. If you fell off, no harm, and you could easily start again.

Then I’d gradually raise the rope over the next several lessons until eventually you were at the right height with a net under you in case something went wrong. In this example, practice is a role-playing situation with no possibility of negative consequences.

How do you set up a role play activity?

When I do sales training, I begin by talking about the right attitude towards selling, then instruct on body posture and active listening - all with the goal of teaching associates open their hearts to another person.

I then take one piece of that sales training and have one associate become a shopper so they can role-play on how to greet. After each role-play, I unpack what they did right and wrong and we discuss the sales process.

Once they can do that right over and over again, I give them a week to practice that new behavior into habit. Each week, I add another skill and have them role-play so they can get quick wins and feel good about the job they are doing.

When you just tell someone what they are supposed to do and expect them to actually do it – well, let’s go back to the tightrope example…

You may have told them everything you ever knew about tightrope walking, then put them 40’ up on the tightrope in front of an audience without a net. As the tightrope walker tries to remember what to do and move their body accordingly, they slip and fall onto the floor. The bloody mess is witnessed by the crowd who run screaming for the doors.

Your untrained employee is forced to do the same thing when they just get quick instruction and are thrown out on the floor to perform. They often revert to whatever is comfortable, not what was taught. As a result, the shopper walks.

Here are a few pitfalls of role play:

But those are not reasons to avoid roleplay, they’re just excuses.

That’s why you have to make sure your scenarios are tight, short, and only used to accomplish one thing – ideally one-on-one and not in a group. Tell them you’d rather they make mistakes in front of each other than in front of shoppers, that this is just practice. You’re not trying to win over the other person, you do the role play, we discuss and move on. Keep role-play short, maybe just 2-3 minutes per person.

9 Tips To Growing Your Retail Sales With Role Play:

1)  Tell your associates, “We’re here to improve our skills, not perform for applause.”

2)  Have the manager or trainer do the first one so everyone sees everyone does this.

3)  Take it seriously. As you do more advanced role-plays, it may be easy to scoff at the exercise (the shopper is holding a stuffed alligator for example) but the process you taught should still be used. You want associates to see the process, not the situation.

4)  Everyone is learning so don’t try to trip them up.

5)  Have a beginning situation written out and tell the learner when the role play ends which, for example, is at the moment the shopper says, “I’ll take it.”

6)  Keep the role-play to one or two skills, not an entire sales process, until every step is fully understood and you can see them demonstrate each step as they build their confidence.

7)  One of the advantages of role-play is the learner has to deal with different situations, things the shopper says, and distractions. The key learning is in seeing them react in a consistent way, not say the exact same thing over and over.

8)  Unpack what happened. Ask the learner what they would do differently, how they felt it went, and how they think the shopper felt.

9)  If you are unpacking it as a group, give the ground rule not to say what you would have done but to instead ask questions like Did you notice when they stopped listening to you? Did you hear her say, “but I also want?” Also, if doing it in a group, ask what they saw that they could improve in their own interactions.

See also, How To Improve Your Retail Sales With Role Play

Role-play exercise is the buffer between training an associate your sales process and trying to make a sale. Make sure you use role-play situations your associates might really face at first, then make them more challenging and fun, remembering always that the step-by-step sales process should still be obvious regardless of situation.

Remember, you’re role-playing right now on every shopper who walks in the door. Why not give your associates the chance to practice getting it right before they fall off the bar and crash as your shoppers leave for a competitor?

SalesRX, my online virtual retail sales training program has a whole lesson on role-play, a train-the-trainer lesson and a guide on how to use role play with your crew. Check it out below

Bob Phibbs
Topics: Role play
Read More About Topic
Or Use This Button

There are no related posts