12 Secrets of a Successful 2021 Holiday Season for Retail Managers 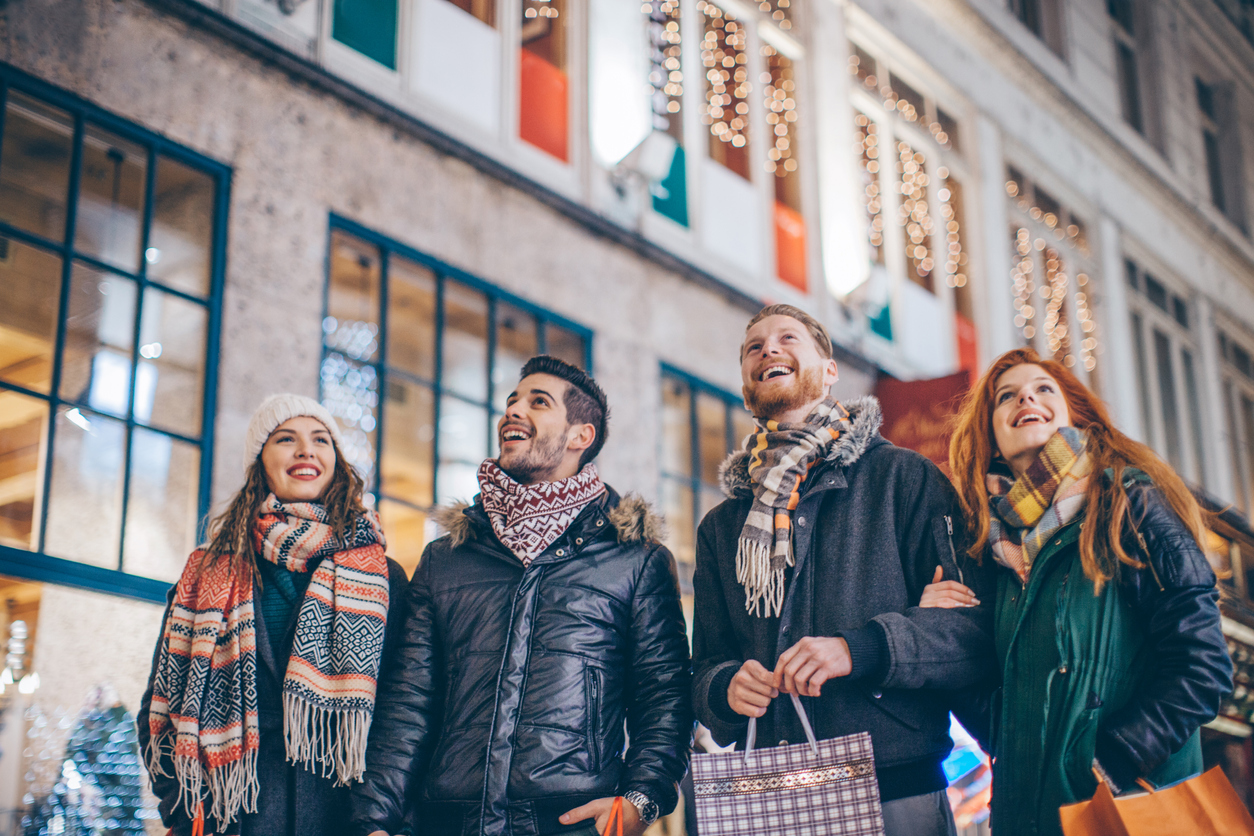 Taking on retail manager responsibilities is a big job at any time but especially during the holidays.

Making an awful lot of people happy at the holidays doesn't happen unless you have already put the effort in with your own team.

When I was in college, I worked nights and weekends in a department store. I was there for the guys shopping on Christmas Eve and for the after-holiday sales, returns, and exchanges.

Later, I changed jobs and quickly took on the retail manager responsibilities of a shop in the mall. My part-time retail job became my career.

Mind you, I had no training to become a retail store manager and hadn't even been an assistant manager. I had sold product really well. I showed up on time. I pitched in. I got good reviews and had loyal customers, but that work experience hadn't prepared me for retail management, managing people, or what the season would be like as a manager.

If that's you, I'm going to share with you the 12 secrets of a successful holiday season. Think of this time in your life like getting a bachelor's degree in running a store. If you're a veteran store manager, these tips should remind you of what's about to happen and help you make your sales goals.

12 Secrets of a Successful Holiday Season for a Retail Manager

1. It’s fun, customers will surprise you. You’ll meet the couple out shopping together and the guy really wants something, but his wife will say no, then give you a sign, return to pick it up and tell you after the holiday how surprised he was when he unwrapped it. Holiday shoppers can still be fun, even with all the stressors of the season.

2. But customers may lie to you. You’ll probably have at least one shopper tell you, “One of your salespeople said it was on sale for half-off,” and then make a scene demanding that price. Don’t automatically believe the customer, but never assume your crew is automatically in the wrong or publicly berate them. Go in the back and discuss it with the employee and then service the customer.

3. You’ll have retail employees who make your day. A young woman wanted to organize a Secret Santa for the store. I didn't like the idea but ok’d it. The entire staff had a blast, and it helped make my December very special – even if I did have to sit on the mall Santa’s lap and embarrass myself by asking if he had a little something for me.

4. On the downside, you’ll have employees who may lie to you. I posted a notice in November that there would be absolutely no day-off requests and if an employee wasn’t there during the last two weeks of December as scheduled, they would be fired. Everyone signed it to say they understood. I had one of the best associates come to me the week before Christmas saying her parents had purchased airline tickets home; she asked if she could be gone the last two weeks of December. What could I say but yes. My advice? Don't make absolutes when it comes to the management of your retail employees or you may have to eat your words...and work their shifts.

5. You’ll probably make more money. If you work at an hourly rate, there will probably be overtime during the season. If you work on salary, they'll expect you as a part of your manager duties to work overtime without extra pay, but there is probably a bonus if your store breaks goal. Money gives you the incentive to work when many of your friends are off.

6. Your family might lie to you. Working overtime means less time with those you love. If your family says they don’t mind, they may be lying; people want to come together more during the holidays. Make sure to do something special when you can like bring home a pizza or make cookies or do anything that doesn’t involve a trip to the store or your smartphone.

7. Merchandise will arrive like the Sorcerer’s Apprentice. Sure it is a pain to have pallets of product to put out every couple of days, but it is just as much a pain to be out of stock and have to tell people over and over we’re out.

8. Your black and white judgments will get cloudy. Make an operations plan to get the merchandise out as quickly as possible, pile it on tables, overfill rounders, but get it out of the boxes so customers can buy asap. Merchandising may have to take a back seat some days.

9. Weather affects everyone. The year I received the highest increase in sales at South Coast Plaza, the crew and I found customers to be in a rotten mood three days before Christmas. Nothing we said or did was good enough. We heard from a few customers that it was raining, but we couldn’t get a bead on what was wrong... that is until we got home and saw on the news that the rainstorm had flooded the freeways around the mall. Customers had had a miserable experience just getting off the freeway and getting into the parking lot. Cut your customers some slack; no one wants to be a pill.

10. Anchor the good days. You’ll have days where everything you touch turns to gold. Where every greeting is returned with a smile. Where every customer is delighted they met you, and sales are off the charts. Make sure at the end of that day that you reflect on those moments. This anchors the good times, so when bad happens, it has much less power.

11. Caffeine can only do so much for you. My crew used to buy the gigantic Cokes with the endless refills from the fast-food joint downstairs. We’d draw straws every couple of hours to see who won the right to go downstairs for the refills. It wasn’t just the caffeine that made things better; it was the chance to leave and walk outside that kept us from feeling like we were in some big machine toiling away with no sense of time. Briefly get out of your store when you can.

12. Maximize Click and Collect. BOPIS, curbside, all the rest are going to be with us for the foreseeable future.  Be sure to call or text to confirm their order and say or text, "People who buy this often buy ____".  Amazon has taught us to look for those recommendations but many retailers don't use them to their own advantage.

The best ways to enjoy this busy holiday season as a manager are:

When January hits, and your retail store is like a ghost town, you will long for the busy days when you missed lunch, when you jumped up and down because you blew your store goal away, and when you made someone else's holiday.

That's when you start looking for new managerial positions for those staff members who pitched in and delivered great customer satisfaction.

Then delegate some of your retail manager responsibilities to them so you can pursue new ways to make your sales goals.

Retail Holiday Sales: How to Sell to Men and Help Them Buy Like Heroes

How To Decorate Your Retail Store For The Holidays [Pics]