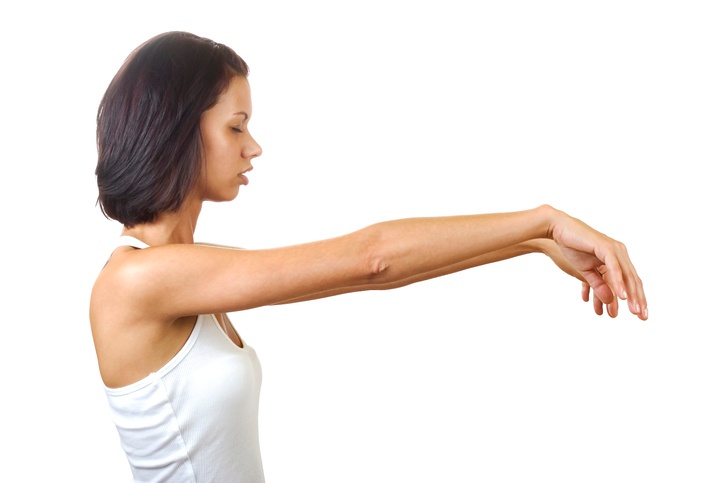 Sleeping with the Eyes Open, a 1929 study, theorized that people in monotonous situations tended to enter a sleep-like state without closing their eyes. One example was long, boring drives.

What causes this in drivers? A number of factors including the monotony of the task, the fatigue and boredom of the driver, and the ease of the driving experience.

Generally, the mind will do whatever you tell it to do.

It you don’t tell the mind what to do, it will fall back on whatever it has done the most times.

This highway hypnosis occurs because different parts of the brain aren’t communicating as frequently as when the person is fully conscious.

I would suggest there is a retail hypnosis as well that has led to many missed opportunities for retailers of all sizes.

How do employees succumb to retail hypnosis?

Basically, the more familiar a store becomes, the less information your brain has to process. It essentially shuts off much like when you’re driving home after a long day. Your brain knows exactly how it will handle the traffic, where the off ramps are, etc.

The reason so many employees say the same things over and over again is because their minds aren’t really engaged.

On the converse, it is always fun to open a new store because there is so much to learn.

People who come into the new store are filled with wonder. What is this new place? How long has it been here? What will I find?

When that shopper meets with the new associate, it is fairly easy to engage them; the shopper does most of the work to initiate the conversation. The excitement of everything being new to the associate makes it easy for them to converse. The stimulation in such a new conversation makes their synapses fire and releases chemicals of well-being for both.

Think back to a time you really enjoyed shopping and I’ll bet you remember the person, not the product or the discount.

It is important to keep your brain stimulated.

Now fast forward ninety days after your new store has opened. Your associates have settled into a rhythm. Your crew all knows the ropes. The merchandise is all set out and priced. It’s just a matter of keeping it going.

At 90 days, you’ve probably turned over about half your crew because... well now it’s a job.

Those who have remained have grown a bit tired of hearing their shoppers’ three questions.

Those associates still answer, but the responses are a bit more clipped, a bit quicker, and with a touch of annoyance.

Now fast forward a year…or even a few years later.

No one’s coming in wondering what your shop is like or what you sell or what they will find.

They are your regulars.

The associates you’ve been lucky enough to retain have seen it all and done it all.

They’ve had shoppers tell them they will be back but they never returned.

They’ve had big sales crumble when the shopper pulls out a smartphone, and they’ve heard all kinds of reminders to go help the customer and smile.

But with less challenges, your associates’ brains have atrophied and stopped making new connections.

Those associates don’t engage a stranger. They don’t discover the shopper. They just clerk a sale.

They have entered retail hypnosis ...

Many bemoan retail as being a boring job. But that comes from associates expecting the excitement to come from the shopper - like when the associate was new, or the store was new - or both.

How can you awaken your crew?

Because associates say the same few phrases over and over to every shopper the same way and then go back behind the counter to wait, their minds have disengaged.

But that doesn’t mean their minds won’t search out stimulation from somewhere.

And most likely that will be from their always-ready smartphone which promises a jackpot of stimulation with the next text alert.

While it might be easy to say they are just bored, what I’m talking about is the lack of opportunity to learn something new to engage them each day, to make new connections between one concept and another, or to be surprised by something another person says.

Every day they have to make new connections. They have to be trained that collecting stories of shoppers is more important than just asking if you’ve been helped.

With consistent training and challenging of the brain, your employees’ synapses will work to perform better and in fact, give better customer service.


With the job market so tight, you want to retain your associates rather than fire them willy-nilly.

However, your employees have to meet you halfway. If they don’t want to learn something new or they want to stay stuck, you should probably look at showing them the door.

The holidays are a time your shoppers come in asking What will I find?

The more you can get your employees to try new things, to catch themselves saying the same hackneyed phrases, and the more opportunities you can provide for them to learn one new thing a day, the more you will avoid the retail hypnosis your competitors aren’t even aware their employees are in.

How To Use Incentives With Retail Employees The Right Way
3 Steps For How To Motivate Yourself And Increase Retail Sales When It’s Slow
Motivation Beyond Paying Retail Sales Commission: 3 Ways To Get Employees To Sell
Proof Online Sales Training Is Worth The Cost For Employee Development