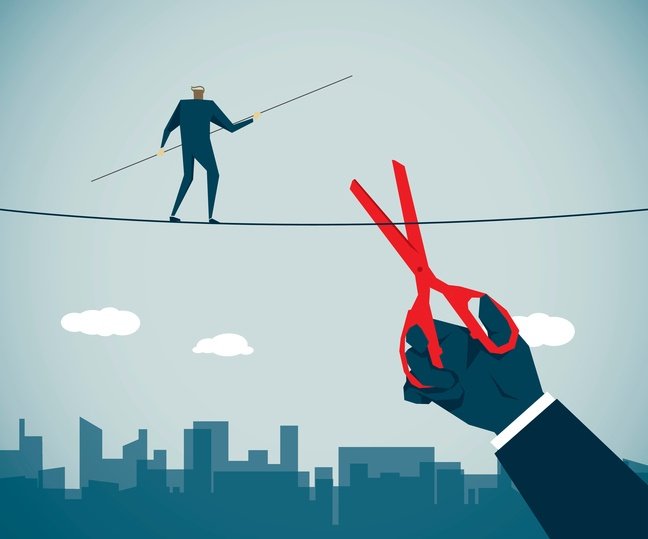 A lot of retailers write to me about their fears. Fear of not doing enough to gain market share. Fear of not having the training they need. Fear of Amazon. Fear of having to close the family business. Fear of the worst-case scenario.

If you have a fear, then this post is for you.

You see, I grew up afraid. My dad was a civil rights activist and the threats were very real in the '60s. I mean, rushing into your house to pick up the phone to hear, You’ll never see your dad alive again sort of colors your world when you’re seven. Fear became ingrained in me and I developed a dread of the next shoe to fall.

I didn’t live in one of those homes where everyone said Good Job and You Can Do It. My early life always seemed like some type of contest for attention.

I didn’t get that at home so I looked for validation by getting good grades and generally filled up my self-image by doing things - by collecting donations door-to-door for the Boy Scouts, by trick-or-treating for UNICEF, by participating in community events, you get the idea.

While I was in high school, I found a home in singing. My conducting teacher Roy Klassen taught me some basics of conducting and invited me to conduct the singers. For the first time in my life, I felt hope as I started to feel confidence in possibilities.

See also, Mindset: How You Can Be Walking Away A Winner

I enrolled in college feeling I could lose myself in music. But every voice lesson, every piano lesson, and most every conducting lesson chipped away at the joy of my singing, my playing, and my making music. After I finished singing my song at my voice jury, the master conductor I so wanted to please and model my career after simply walked down the auditorium steps to the piano, plunked one key, and said sarcastically, “I thought that was supposed to be an F-sharp” and didn’t say another word. I felt like a failure. And that was only the first semester.

I got to student teaching and opened the music room at Irvine High school to discover 30 teenage boys trying to play Stairway to Heaven on untuned guitars. I didn’t want to teach school, so I fell back to my business school training and my part-time job became a career in retail.

And I was good at it, so I made a habit of studying what worked and what didn’t work while selling western wear.

I read about pheromones and how people let down their guard if you wore colognes that had them in it. I followed what I read but it didn’t seem to make a difference in my sales.

Then came the moment when I realized it wasn’t about how I smelled, but that it was about how much I figuratively embraced the person in front of me, my sales soared.

Once I went out of my way just because, I was able to help shoppers and employees get what they wanted...and I was rewarded.

From that moment on I learned the biggest obstacle I had to overcome, and still strive to master, are the internal messages I had been giving myself based on the feelings and negative thoughts of the past. That feeling of being on guard. Of being afraid. Of letting my fears get the best of me.

That’s why I’m writing this fairly personal blog for you.

I’ve been where you are. I had to master my own thoughts. Regrets were the most debilitating.

I had to realize whatever happened in the first 18 years of my life was long ago and if I wanted better results and to achieve the desired outcome, I had to give up the hope the past could have been any different.

In my travels around the world, I’ve met many people who followed a similar path of having to control their mindset.

So instead of focusing on the horror story that Amazon is coming for you, or feeling anxiety that you'll end up like Mattress Firm and go bankrupt or that you don't know exactly what to do at every moment of the day, here are my three recommendations:

Give yourself permission to feel good about yourself. You are where you are, you’ve learned a lot, you’re capable of doing whatever challenge you face. I met a young mother who was becoming a speaker to share her story. She had lost her two young children in a house fire and was learning how she could help others deal with grief. But she had to overcome all of her own feelings to be able to take care of herself. To move forward, she had to summon the inner strength to concentrate on her newborn and the possibilities she could create for her daughter.

Stop and listen to your own self-talk. Would you let someone else get away with saying the messages you tell yourself? Before you grab the donut, ignore the behavior of an employee, or share another story about how online retailers are killing your Main Street, can you stop and look at what you are feeling in the moment? If so, you’ll be able to understand you can control your fears by controlling your self-talk. Then you can choose what you want to say, instead of wondering why you said it.

Set a goal. Goals pull your mind into the future and keep you from retreating to the past. Think small - something other than a task. The key to you achieving your desired outcome is consistency and discipline. If you want to clear your desk, set your alarm to get up an hour earlier. Shonda Rhimes said she set a goal of whenever her kids asked for her to play, she would drop everything and say yes. Again, be consistent and disciplined; you can’t hustle part-time.

There have never been more avenues to make us fearful. And fear is paralyzing. Only when we take charge of our own thoughts, can fear of failure and of the past retreat and a new hope emerge.

But you have to have the courage to do the work, not give yourself a pass.

Instead of asking for things to be easier…

Or things to be different…

Ask yourself better questions and set a goal for future success.

That way you propel your mind into what can I do.

And that’s a lot more fun than being fearful, believe me.

To dive deeper in how I can help you with growing your brick and mortar stores, just click below...

How Retailers Can Welcome, Not Fear, Technology

Retailers: Remove "I’m So Busy" From Your Vocabulary

How to Conquer Your Selling Fears