Can You Pay A Living Wage To Your Retail Employees? 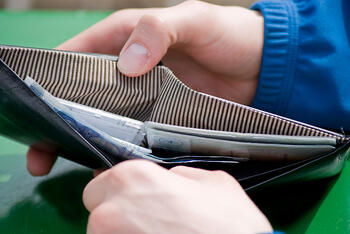 Recently, Gap raised their minimum wage for their retail employees to $9 an hour for all of their brands; next June, they will raise it to $10.

To put that in perspective, that is 48% higher than the federal minimum.

Why are they doing this?

Simple, it increases the applicant pool for their hiring needs and better people will be attracted to work in their stores.

Today’s buzzwords in the headlines both online and in print, revolve around employee pay rates. (You can find the suggested living wage by state and county created by MIT here)

Why are so many people upset about business owners paying too little to their employees?

An article on Chicagoist stated, “Those that believe the minimum wage should be increased feel the current wage does not provide laborers with a living wage, especially in larger cities with soaring costs. Advocates of a minimum wage hike also assert that the beneficiaries will have more cash to spend on the bare necessities, such as food, shelter, clothing, childcare, etc.”

Those who argue against a living wage cite a fear of high inflation and increased unemployment.

And most people think businesses are just raking it in.

Ask any of your retail employees how much profit they think the average business makes. You’ll hear all kinds of high numbers, but the fact is that most retail businesses make only 3% on every dollar spent.

But it’s not just employees who aren’t being paid an adequate wage; many retailers I talk to laugh and tell me that they haven’t taken a draw from their business in years.

You need to start with that. Look at how much you need to pay yourself.

If it is too low, whose fault is that? Your customer? Your vendors? The economy?

No, it’s the you, the business owner. You need to draw a reasonable salary from your business based on the profits it is generating.

And if you aren’t, you need to have a talk with yourself. Otherwise you become frustrated and your worldview is clouded over because you’ve never received the benefits from your store that deals with a fickle public every day.

It’s like having a baby who never grows up to stand on their own and you continually have to support them.

Set a goal of how much you want to draw out of your business. Then work that amount back into your pricing structure and calculate how that will affect your margins. My guess is that it’s not that much.

Next you need to look at how much you pay your employees. Yes, you can plead you can’t pay more but I guarantee you someone else can and will.

Low pay is the number one cause of high employee turnover yet even Chipotle’s co-CEO Monty Moran said, “Average wages that move up to $10 would have an effect, but not too significant.”

And as much as consumer advocates are crying that these retailers will have to raise their prices to pay higher wages, and as more big retailers adopt higher wages, it will soon become evident to you that to stay in the retail game, you’re going to have to offer higher wages as well.

And that’s not a bad thing. Higher wages can lift the economy for everyone.

Now I can hear some of you crying foul, but...

Here’s the thing many seem to ignore – you aren’t giving someone more money to still do the same job.

An added bonus of giving higher wages to your employees is that customers – especially Millennials - are buying based on your company's values; they care about where products are made, whether you are environmentally responsible, and especially about how you treat your employees.

And if you raise your wages or already offer higher wages like Container Store, Costco and many other retailers, make sure your local press knows. Stories like that make shopping local much more impactful to potential customers.

When major retailers tout  paying higher wages, they effectively remove the better employees from the pool you have to draw on.

You’ll either step up to the bar and do what they are doing - by moving promotional dollars from marketing to payroll, or you’ll settle for less. And that means less all the way around, from customer engagement, from profitable sales, and from repeat business.

Oh, a small caveat here. A higher wage means bupkis if you don’t also invest in training your employees once you get them, but you’ve probably read my thoughts, here, here, and here on retail sales training.

Better money, plus better training equals a better workplace which gets you higher sales.

And if you live in a large city, your municipality may force you to examine this issue as San Francisco is discussing raising its minimum per hour pay to $15, Los Angeles is looking at upping wages $15 for hotel workers, Chicago is considering  $15-an-hour wage, and Oakland is considering $12.25.  This came to the forefront last month when Seattle voted to raise the lowest hourly rate to $15.

Can you pay a higher minimum wage to your retail employees? Yes. Maybe not right away, and maybe not at the level the bigger businesses can, but you can raise your minimum wage. You’ll have to adjust your margins upwards, limit your expenses, and cut down on discounts to be able to do this. And yes, you’ll have to raise your prices.

But what choice do you really have here? Don’t raise your prices, keep paying the minimum and settle for warm bodies and high turnover that cripple your ability to compete.

Only by raising your lowest hourly wages will you be able to compete and attract better employees.

Look, I know wage increases are never popular with small businesses. And I expect some of you to comment about how off I am.

But the tide on wages is changing folks…

3 Do's and Don'ts For Empowering Your Retail Employees

8 Ways To Increase Employee Retention In Your Retail Store

How To Reduce Retail Employee Turnover

Are You Missing These 4 Key Retail Sales Training Tips?