From Hating Civil Rights To Honoring Them - My Journey

Today’s blog is not about retail sales training. Or marketing. Or attracting customers to your shop.

It’s about how we are more alike than different.

It's a window into what makes me me.

It’s about my dad.

It’s about the March on Washington.

It's why we celebrate the life and achievements of Dr. Martin Luther King, Jr.

Before I was born, my dad had been a Brethren preacher from a very poor area in the southwestern mountains of Virginia. He took up the role of civil-rights activist in the late 50’s. He made the front pages when he forced the Air Force to change a training book that said communists had infiltrated the Council of Churches.

By the time I was born, he was on a public journey of civil disobedience, working for social justice and a personal mission to make the world a better place.

It's hard to imagine a time blacks were denied the right to work, to live where they wanted and to vote. If you were born in the past thirty years it might be impossible to imagine there were separate areas for blacks and whites to eat at lunch counters, ride in busses and even take a drink of water.

But that's the way it was in the fifties and early sixties...and as civil disobedience was used to push the establishment to tear down the "separate but equal" world created to keep the races apart, police were using fire hoses and german shepherds to keep the marchers at bay. Freedom riders were shot and their busses torched. It was one of the most traumatic eras of the Nation.

What I did understand was that people didn’t like my dad and what he was trying to do. I knew that from the telephone calls I’d pick up and hear someone tell me you’ll never see your dad alive again.

I knew it from the postcards scrawled in red that came in the mail calling us n-lovers.

I knew it from being beat up after school and the words they used.

Eventually, the civil rights movement drove a wedge between my dad and my mom which ended in divorce and an estrangement between him and the rest of his family.

My father knew the March on Washington would be historic, so he organized a busload of fellow clergy leaders to go from where we lived in Toledo to the nation’s capital. As the day approached, news reports quoted the FBI’s J. Edgar Hoover saying, “Violence is expected: some of you will be shot and killed.”

My dad rewrote his will and made sure his life insurance was paid up. Then he drove my mom, two brothers and me to the Shenandoah Valley to stay with our grandparents. When he said goodbye to us that day, he fully understood that he might not ever see any of us again.

He met the bus from Toledo in Hagerstown, Maryland for the ride into Washington. When he got there, there were hundreds of buses lined up. He told me he never saw so many angry people out on sidewalks – holding brooms, baseball bats, or whatever kind of stick they could get their hands on. He told me, “They didn’t want us there.”

My dad stood 20 feet from the stage. He vividly remembered that when King walked to the podium, "You could hear a pin drop – even with 250,000 people. As he reached his I have a dream crescendo, the stirring in the crowd was like a giant thunderstorm that rolled through everyone. It took several seconds for that thunderous noise to reach the front and the stage. When King let loose, that crowd went wild."

But the little boy in me who’s now a man still wonders...

How could a husband leave his wife and small sons knowing he might never come back?

I can’t imagine doing that.

While I believe we can and must continue to change the world through hard work, I’m not that passionate. I could never say to my partner, “I may never see you again,” and walk out the door.

When I leave for a speaking engagement, it is because I know I’m coming home that I can leave in the first place.

I called my dad on election night when Obama won and asked how he felt. Greatest day of my life, he said. "People often asked me if it was all worth it - losing my family, my home and my career and for awhile I thought no as there hadn't been much progress. But I never thought I’d see this during my lifetime." He passed away a year later.

At my dad's funeral a man made the trip down the mountain to tell me my dad went out of his way to come visit him during his travels. Dressed in thread-bare jeans and shirt, missing teeth and looking every bit like a hillbilly he said at the graveside, "Your dad never made me feel small."

While I couldn’t see it as a boy, my dad’s passion to treat everyone the same was in the right place. The struggles and battles were worth it.

It’s 2017, and with the events in Charlottesville this month, we still have to find a way to say we’re more alike than different. This is especially true in retail.

Back then millions of American citizens wouldn’t have been allowed in your store. But now it’s our job to be welcoming to everyone.

To notice racism, sexism and all the other isms.

And not just to notice but to say something when you hear it.

To call them on it.

To tell them you are uncomfortable.

We’re Americans; we’re better than that.

That's the lesson I take with me onto every stage.

Thanks to my dad.

Topics: Miscellaneous
> Read More About TopicOr Use This Button

From Hating Civil Rights To Honoring Them - My Journey 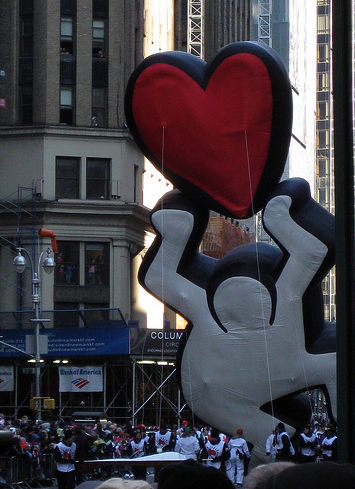