What Every Retailer Must Know About The Millennial Generation 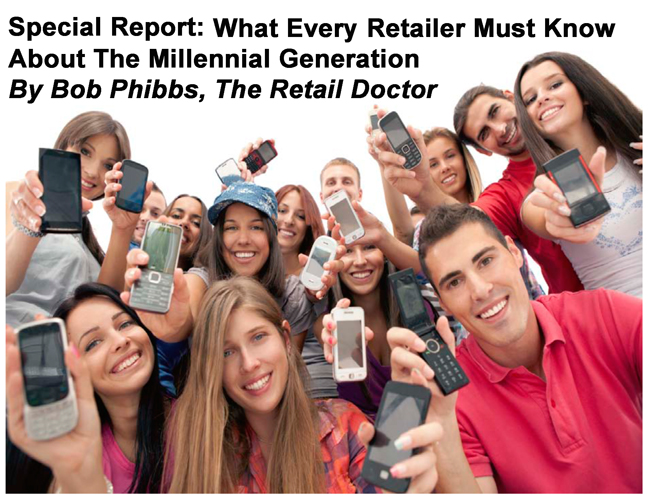 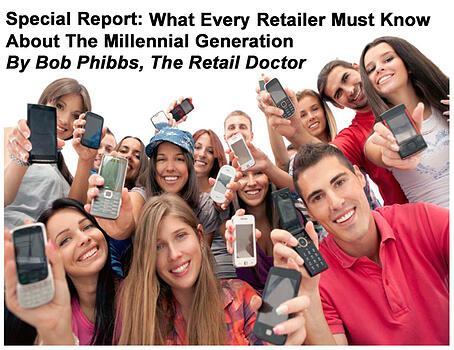 Many retailers would rather hire a 50-year-old who they think has more of a work ethic than hire a 20-something Millennial.

The Millennial Generation (those generally born 1981 through the mid-1990’s) were raised by Boomer parents who came down to school and fought their battles for them thus shielding them from the reality of consequences.

They never lost anything because parents hovered and swooped in like helicopters to make sure everything stayed in order.

Like it or not, accounting for 25% of the US population, the Millennial Generation is the largest consumer group.

As one author put it, “When Gen Y [Millennials] speaks, boomers must listen.”

I don’t presume to be “the” expert like those who have written volumes on the younger generation but during my research I met some great resources that validated and expanded my understanding on the topic.

I think the insights presented here will help you as a retailer understand some of the major trends Millennials are driving and that you can’t ignore.

The younger generation desires to change the world. They are generous with their time and donations. According to the Millennial Impact report, More than 70% of Millennials surveyed said they have raised money on behalf of nonprofits.

Clearly, this generation believes in giving back as part of a broader social compact of helping others. While they do want the world to entertain them, they have more of a sense of We than any other generation.

As put in the New York Times, they have “No anger, no edge, no ego.”

Millennials live two lives - one in real time and the other in an edited virtual world. This is a generation who experiences life through their smartphone held on outstretched hands taking videos to capture and share their moments on Facebook or Instagram. For them, it's not about being in the moment - it's about capturing a moment and sharing it.

They’re very much keeping up with the Joneses, but not by collecting things and products like their Boomer parents but by collecting photos, friends and experiences.

Most would like to own their own business at some point. If Zuckerberg can do it, why not them?

What juices their lives? Creating and experiencing.

Let’s be honest, when Boomers hit 18, they had to get out of the house so they could have their own place to have sex. That meant they had to learn about not only getting the apartment, but paying for it on their own.

The Millennial Generation is not leaving the house; not because they don't have a job, but because quite simply, why should they? When the house comes with room service and a clothes washer stocked with detergent, there’s no motivation for them to leave.

Rebellious? Hardly. Unlike Boomers, the Millennial Generation tends to listen to the same music, watch the same movies and use the same products as their parents.

Baby Boomers had definite times they lost friends: moving from elementary school to middle school, to high school and between different jobs. This forced them to have to make new friends along the way.

Millennials can keep track of every friend they’ve met via social networks. That means when they’ve moved, they have that security and never feel isolated from their friends. They always have a tribe of people to tell them things will be fine.

Boomers used to be much more isolated and alone and had to be encouraged to “Reach out and touch” by AT&T. Millennials never have to feel alone because they can constantly share pictures and texts.

Boomers were taught obedience in Sunday school and public school where they learned the social norms of the world. It was very much a world of children should be seen and not heard.

That’s not this generation…

Mr. Rogers told Millennials they were special and important. Helicopter parenting kept them in a protective world. No one won, lost or was picked last. Is it a wonder that if no one taught them consequences for their actions, they didn’t learn?