Will Retail Hasten the Arrival of the Cyborgs? Pt II 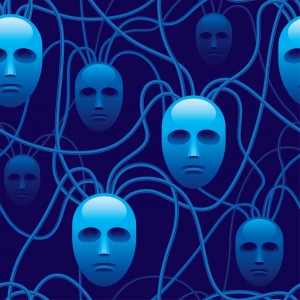 Our humanity is what connects us to each other, not a machine.

The kindness and care that we give our employees and our customers speaks to who we as individuals are in the world.

If you aren’t willing to take that mantle, then get out of retail and start an online deals site. Because real human-to-human connection is the foundation of modern society.

This is a plugged in generation with multiple ways of connecting to everyone from texting, to IM to Facebook and the rest. Maybe because their parents were working two or three jobs trying to keep the house, maybe because class sizes have grown too large, maybe because they were taught to fear strangers at an early age, whatever the reason - young people have sought to make the human connection in the only “safe” way possible - online.

So while they may have 200 virtual friends and only give a one-sentence status update - they care if someone “likes” it or comments immediately upon getting it. That’s my point, they still care.

They talk to their smartphone like it is a person; they search online with their iPad, disregarding anyone around them. Those with an iPhone treat Seri like their BFF.

In short, the machine has become the good-looking, smarter, more reliable friend who never disappoints.

So when they show up to your very human retail store, they are bound to arrive thinking people are not as reliable as their machines; humans have quirks and emotions they don’t understand.

Instead of employees being coached how to deal with that, to make a relationship, to truly connect, retailers have given up and let them be bored and in turn bore customers.

Customers have been ignored and are increasingly being left to rely on their machines.

If we don’t fix that, the world just becomes colder and colder and we are one step from cyborgs.

The answer is not to supplant cold technology because you can’t.

But don’t mistake it for the very heart of your bricks and mortar store - your employees.