Why Retailers Should Support The Marketplace Fairness Act 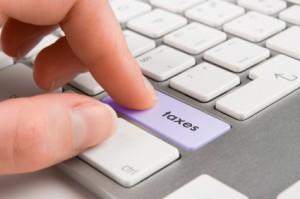 This post is the result of a retailer note on the Retail Doc Facebook page: “I’m having a difficult time understanding where your support for this is coming from and what that belief is rooted in. I respect you in so many ways…I just don’t get it.”

The Marketplace Fairness Act has just been approved by the U.S. Senate by a 69-27 vote and is on it’s way to the House of Representatives where the debate is bound to get ugly. In the circus atmosphere of a polarized Congress, where you are either a savior of the people or the devil himself, I expect a lot of sermons from both sides.

The Marketplace Fairness Act will authorize online retail sellers not qualifying for a small-seller exemption (under $1 million in online revenues) to collect and remit sales and use taxes for other states.

Why some oppose it

Some feel this undermines an individual state’s rights by making them collect taxes for another state. Some feel it is a new tax. Some feel it will be a nightmare to track the various state and local taxes and the Act will place an undue burden on small businesses. Some feel it undermines a state’s competitive advantage because they have lower or no sales taxes, which draws customers.

Why I support it

I believe I was right.

And even while Amazon now supports this legislation, let’s face it – they fought it for years because back then, Amazon was only about price. Now Amazon is all about convenience with their apps and Amazon Prime.

According to Shop.org, “the legislation would require states that want to participate to simplify their sales tax systems, making collection easier for retailers.”

If you live in a tax-free state like Delaware or Oregon, no sales tax would be collected from you.

This is not a new tax, individuals were always supposed to be paying their local taxes on their tax returns for these purchases- and only the Joe Friday’s of the world did.

If you buy something from a major chain that has a store in your state, you are already paying this tax. And if you are an online retailer, you already have to collect sales tax from residents in your own state.

I remember when I sold luxury goods at South Coast Plaza; I had several customers ask me to ship their purchases to them so they could avoid paying the sales tax. Several states have “tax-free” shopping days. The draw of not paying the man the tax can be very powerful.

But that doesn't make it right.

I support this legislation because it does level the playing field across the U.S. removing what has been an unfair advantage for over a decade. Smaller retailers, you might want to checkout Stand With Main Street for their take as well on their blog Loophole.

The tide is turning, states are cash-strapped and vacant buildings in downtowns are visible reminders of customers going somewhere else to shop. With this legislation, at least the taxes that are needed to support your community will stay behind.

If it isn’t this time, tax-free online days are numbered. I hope whatever your position you still respect and will keep reading this blog...