Selling To Guys: Why Men Would Rather Go To A Breastaurant 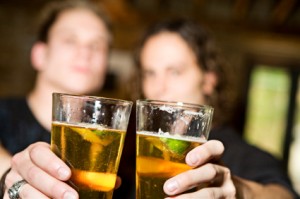 OK, I hope this doesn't come off sexist as that is not my point of these two "selling to men" blog posts.

That’s why they make teams, follow teams and jointeams.

They are not all “loners” as has been pontificated by many writers.

Most guys are like the Black Labradors at the dog park, ready to join in if everyone else is playing. When you treat them like loners, they can be like the disinterested poodles doing their own thing.

Restaurants Seem To Get It

In an article entitled “’Breastaurant’ Chains Have Been Killing It Over The Past Decade” by Jason Daley, we can see that besides the sex aspect of the operation, these franchise operators have done their homework.

Stay with me and get past the skimpy, low-cut outfits please....

It doesn’t matter if they are in a restaurant, a bar, or at a sports game, guys go out to have a good time. And as operators, these restaurant franchisees know they have to deliver a good time if they want the guys to come back.

The article states, “Most customers [i.e. men] aren't satisfied with brusque service--they want a conscientious server and a meaningful connection.‘ Everybody else is rushing toward technology with kiosks that you order off of and servers who slip food to you around the corner. We're going the other way,” Ron Lynch, CEO of Tilted Kilt says. "One of our mantras during training is that we want to make a connection with our guests. We practice 'touchology,' which means touch the table often, and make guests feel at home. Sometimes waitresses are providing the best part of a guest's day."

CEO Randy Dewitt of Twin Peaks, another breastaurant franchise, added that “fostering connections is the key to a restaurant's success, especially when it breeds repeat customers. In fact, some waitresses become mini-entrepreneurs on their own, using Facebook or Twitter to let regulars know what shifts they'll be working or what specials the restaurant is offering.”

Like any great retailer, it’s not the concept, the design or the widget, it is the training and careful selection of people who can engage a customer. Especially men.

When I met Jim Knight from Hard Rock International at the Retail Executive Summit last year in Chicago, he talked about how they intentionally hire people who are not like anyone else. He went so far as to say they were the “isle of misfit toys.” Which makes sense.

Rock and roll is what they are embracing. Individuality. Look at me. In short, the Expressive personality style.

In all these instances, these restaurateurs have capitalized on hiring people who make a fun atmosphere. One where guys in particular are enjoying themselves.

And those operations are posting sales increases.

Now let's go back to the previous post talking about how guys are disinterested in shopping...

Could it be they are the canaries in the mine; that if you don't make them feel alive, they just die? (Figuratively, of course.)

When store employees don’t amp up the experience for guys in their shop, guys get bored and shopping becomes drudgery - and that’s death for any sale.

Could it be that men, just like women want to feel included?

For men, inclusion takes even more ...

The next time you read how all guys are loners and disinterested, have them take a look at Twin Peaks or more main stream fare like Hard Rock Café or even a local cigar lounge.

Guys are there. Talking. Engaging with strangers.

It’s not the skimpy outfits, its not the outrageous atmosphere - though that helps. It’s the easy back and forth, one-on-one interface, whether with a female or male employee, that makes guys feel welcome.

If you provide that when guys shop with you, they’ll be so comfortable buying, you won’t be able to kick them out.

They’ll return again and again to visit their buds.