Retail Sales Mindset: How You Can Walk Away A Winner 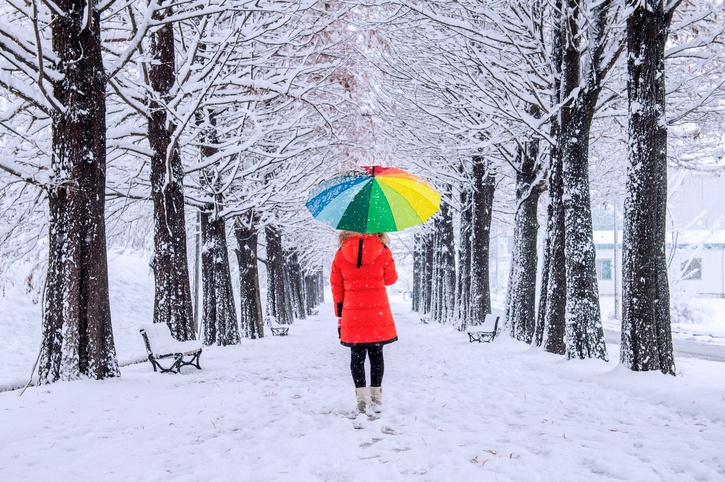 It started at a managers' retail sales meeting with my answer, “Our employees.”

It wasn’t an error.

It was, what I thought, the correct reply to the retail store owner’s question, “What is a company’s greatest asset?”

"Wrong," he replied, “our customers.”

That disconnect between what I believed - that the only way to grow a business was through the employees; because they were the only ones we could train, motivate and monitor their mindset to increase sales - and the owner - that customers were owned like a pile of goods - got me to turn in my notice.

After 14 years of building a regional chain into a powerhouse in their industry, I decided that day it was over.

At 5pm two weeks later, I asked the radio station to play Walkin’ Away A Winner by Kathy Mattea as I walked out on selling western wear in a store – after receiving the Greatest Increase In Sales award from South Coast Plaza – then the highest grossing malls in the world.

That was 20 years ago this year.

If I hadn’t moved on I would never have been living the life I am as a retail expert to some of the biggest brands in the world.

I didn’t know what I was going to do at that moment, but I knew I had to change.

Could that be you?

Do you need to move on from a situation you hate, from a friendship that sucks the very being out of your soul, from a boss who constantly tears you down?

If so, I’m here to tell you, it’s the most liberating experience you can have.

Once you say, enough is enough; you are free to look at the possibilities.

The future opens up.

Your fear of the known dissipates before any fear of the unknown can kick in. Top of the world exuberance is unleashed.

Big moments can have clarity on their own…but change can and should come in smaller steps.

Are you punished by negative thoughts of what you should have done last year?

The move you should have made?

The to-do lists you never got to?

The opportunity you almost got?

Nothing is hopeless, only thinking makes it so.

Grab a small piece of paper and write your disappointments, negative thoughts; you name it - down in detail.

Next, grab a metal bowl like a mixing bowl and a pack of matches.

Say something that releases you from what you wrote. Could be as simple as, “I’m done with these” or “Thank you for these gifts.” Use your words, not mine.

Rip up the paper into small pieces and, provided nothing flammable is around you and you can contain any ashes – light them on fire. (Flash paper, which you can get at magic or hobby shop is great for this.)

That ritual and physical release can have the same effect on your psyche as bigger decisions that naturally come to you to quit a job, a relationship, a community.

Next ask yourself, what one word could embody my new attitude to push myself further? To not give into the excuses that got me in trouble last year. To not believe my own bullshit that lets me stay the same as others.

In short, what kind of year do you want for yourself?

Think of it as an attitude. An intention. A mindset. It could be a word or a phrase.

It doesn’t become something you boast about to others in public, but something you use to remind yourself about in private. It doesn’t have to mean anything to anyone but you.

It becomes your north star to watch over your actions. To get you to try again. To look ahead.

To go back to your store with a different attitude tomorrow.

Next find something to latch hold of, an idea or initiative you will pursue. Something that challenges you. That you might fail at. That has no proven ROI or certainty but you know in your heart of hearts would goose you to become a better human being.

If you’ve heard me speak in the last few years or checked out my SalesRX.com online training portal – you know my message is that we must first rip down the barriers to our own hearts in order to be able to connect with one another as human beings.

Only then can we connect with them as retailers or salespeople.

I call it selling from the heart.

It invites the person in front of you to do the same.

But that starts from you looking for what you want to do to better yourself first.

Now if you’re smugly saying, make more money, re-read this from the start. It isn’t about money, it’s about you. Your attitude. Your self-talk and your denial of your part in your own happiness.

Only when we are ready to risk letting go of the past, of the barriers, of fear of rejection does anything in retail work.

So today.... Take a moment to let go of the past no matter how old, how detailed or how long you’ve held onto it.

Let go of what holds you back - release your failures, your defeats, and your fears.

Write them down, burn them and move on.

In that moment you can be walking away a winner as well.

Feel free to use the buttons top right to share this post with your friends - even if they have nothing to do with retail!

Thanks for being a part of my twenty years as your Retail Doctor.