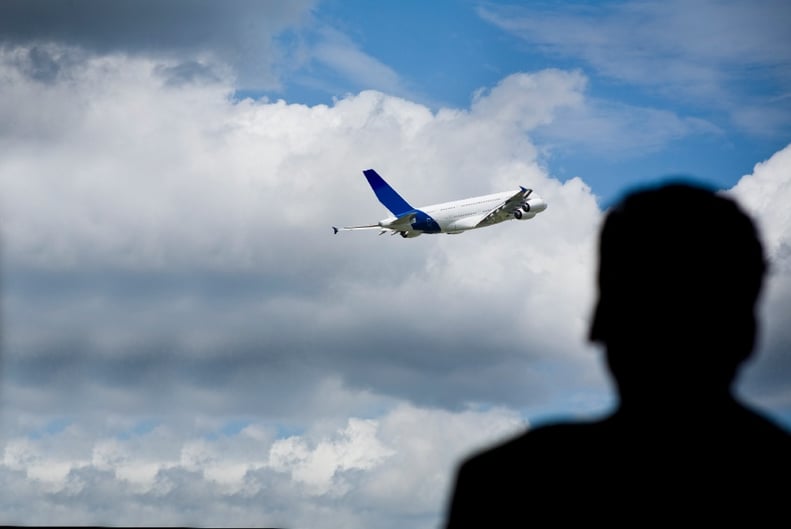 This a post about why customer service is so poor in everything from stores to airports.

Before leaving for the Albany airport Friday, I checked my United app.

Plane was there. No delays. All good.

I got to the gate an hour before the 8:40am boarding time. All good.

At 9:05 the gate attendant announced there were mechanical issues with the puddle jumper. Ugh oh.

We boarded at 9:30. The flight attendant allowed passengers to bring their too large carry-on luggage onboard, but then had several passengers take theirs back down the stairs and leave them for gate check.

The copilot and pilot casually took turns leaving the plane without ever telling us what was going on.

We finally took off at 10:40, and I missed my connection.

Throughout it all, no one showed any hustle, concern, or connection with us, their customers.

They were just doing their job.

Like my last post about retailers in a mall, it was as if no one understood we were the ones being wronged.

After all, they weren’t going anywhere exciting; for them, this was just another day on the job.

A few weeks back, I was in Vegas. I’d filmed some new content and had stopped in the lobby of my hotel's casino to play blackjack.  One table was full of people and the rest were empty. One dealer looked about as disengaged as the other, so I went up to a guy whose eyes never met mine.

I placed my bill on the table and he didn’t even flinch but kept staring ahead. I started to sit down but picked up my bill and left.

This guy hadn’t taken his money out of his bank. He wasn’t looking for something fun to do while he was 2000 miles from home. This was just another day at his job.

Later, I walked by a woman standing in front of a luxury store with her arms crossed, looking every bit like she was daring someone to try to come in and buy something.

I found myself thinking, you haven't worked your butt off to afford what you sell or you would never have given the impression to stay away. She was bored at her job.

But when it's your missed flight…

Your money that's being treated as worthless…

Your delight turned to shame…

Your time off, your rotten customer experience…

And no one gives a crap, it makes you mad.

Why did I choose United again knowing how many times they've delayed, missed, and canceled flights to and from Albany?

Why did I go to that blackjack table with a guy who looked as if he didn't give a damn?

We customers are a hopeful lot.

We want to believe the experience will be good.

That that last time was a fluke…

That maybe it was something we did…

We make excuses to ourselves that we're unreasonable.

But it’s like when someone pokes your arm enough times, a bruise is formed.

So in the case of retailers, we shop less…

We save our money.

Retailers, and I mean you who are reading this post…

Instead of blaming us customers for not buying, understand this:

You can't continue to trade on our hope that things will be better the next time, that we’ll forget our last rotten experience.

There have been too many.

That’s because the upset we as customers feel when we are treated poorly is cumulative. Your rotten customer service only adds to it.

And more ecom is not the answer.

November and December figures showed that 42.7% of online shopping occurred with Amazon according to Slice Intelligence. That compares with 24.8% share for the next 10 biggest retailers combined, including Wal-Mart, Target Corp., Macy’s, Nordstrom Inc. and Best Buy Co.

Yes you can make gains from where you are but those gains will be very hard fought with significant headwinds.

Understand customers have a choice.

Find a way to put your jaded self in a customer’s shoes.

Not just for those you already know.

Or a special time when you feel like it.

But what's the alternative?

Keeping employees who mope through their jobs?

Let them get by with the bare minimum; telling yourself it’s the customer. Like the time I took my Cadillac in because it was belching black smoke only to have the inspector say I was wrong, the engine was "working within tolerances."

Is that how you want your brand to be?

Do you feel powerless to stop employing associates who feel their life slipping through their fingertips and the soles of their shoes as they put in time waiting for customers to make their day?

Are you one of the many retailers who reported drastic reductions in sales this holiday season by telling yourself it was because of the weather and that all retailers suffered.

L Brands who owns Victoria’s Secret had an almost 9% gain year-over-year.  They get it. They delivered their best December ever.

Victoria Secret's well-trained staff understands it could be a woman’s first time in their store and she’s embarrassed by her weight gain.

Or a woman who wants to be a Heidi Klum mom.

It doesn’t matter the reason. They are curious.

Look I get it…

There are fewer shoppers…

But those who do show up deserve for you to show up, as a person with emotions serving others.

The best salespeople wonder what it would be like to be in the other person’s shoes.

They know they can’t play that game unless they continually strive to train themselves in how we as human beings communicate.

It begins with retail sales training of course, but with every interaction they become better at seeing themselves and how they communicate with others.

If you or your crew fundamentally don’t give a damn, you pass that along to your customers.

They watch your less-than-apathetic employees stand at the front of the store looking for anything more interesting.

In short, they stay away from your store.