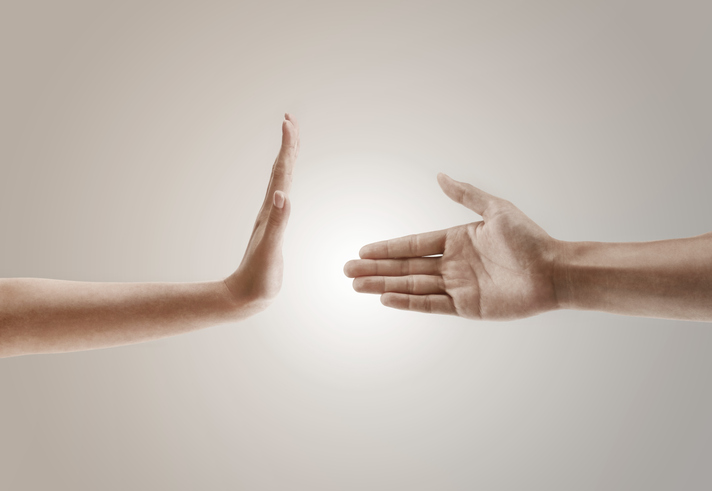 I first stepped into Barney’s in New York City in 1993 because it was one of the only high-end men’s clothing stores that featured exceptional new brands.

I picked out two sweaters and began looking for shirts to go with them. I found a couple and, with no one waiting on me, approached a salesclerk. I asked, “Where can I try these on?”

He replied, “You can’t.” I thought he was joking. He wasn’t.

I asked to speak to the manager. A guy came back over and reiterated that trying them on was not an option. He continued, “You can take them home and try them on, but we don’t allow customers to try them on in-store.”

I replied, “But if I take them home and try them on and return them, what’s the difference?” The guy sniffed the air and left.

Their our-way-or-the-highway attitude was something they prided themselves on.

I thought about that encounter while reading that Barney’s was declaring bankruptcy this week. They announced they will close 15 stores, including locations in Las Vegas, Chicago, and Seattle, as well as seven Barneys Warehouses. They blamed real estate and a bunch of factors, but not that legendary attitude. Yes, their rent doubled but they were getting a great deal on 9 floors in Manhattan.

CBS news had to throw in the obligatory it’s someone else’s fault too, “The stores had also struggled with a shift to online shopping, a pressure that almost all retailers, regardless of the wealth of their customer base, are struggling to offset.”

I did an online search of reviews of Barney’s, and TrustPilot showed 63% were bad.

Here’s one: “I have spent quite a bit with Barney's. My last purchase was close to $2,000 for a sweater. I then purchased shoes at the online warehouse and they didn't fit. They actually charged me $9.95 as a restocking fee. REALLY? Why not pimp for a few dollars? This left such a bad taste in my mouth, I'll no longer buy at Barney's! Great way to treat your customers!”

Here is a Google review from four days ago, “This location has a stellar selection, however I’ve had subpar service on more than one occasion. Which is a shame because there is also quite a few amazing staff members! Recognize that you’re working with high end clientele who visit expecting attentive service during their shopping experience.”

Vanessa Friedman, a reporter for the New York Times wrote, “It was unabashedly elitist, proudly exclusionary — you got it or you didn’t, and if you didn’t, that was your problem, not theirs — and imbued with an arrogance that, at a certain point, began to chafe.”

A client of mine was told he was one of the top ten customers of the Barney’s in Beverly Hills. He had had a great salesperson who worked with him for years, then they had a manager change and that salesperson moved on.

A couple months later another salesperson called my client and tried to get him to come in and meet their new manager. She added, “As one of our top ten customers, you should really meet him.”

My client, who spent a boatload of money on gifts with Barney’s each year, replied, “Why isn’t the manager the one making the call?” He never went back.

Yes, shopping habits have changed with the growth of online and rental clothing sites, but that has necessitated making going to a store much more about a human experience than just buying expensive stuff.

And that brings me to my point…

You can’t get away with rotten customer service anymore.

Having a them and us attitude may attract a type of customer who uses it as a badge of honor, but how many sales are you missing when most shoppers expect to be treated better in a luxury store?

And this goes for your camera store, your apparel store, you name it. Shoppers expect you to like us before we like you. Your job is to make it welcoming, easy, and frictionless.

The recent survey I did with Oracle NetSuite confirms this:

Aloof salespeople, as I’ve written previously regarding Neiman Marcus and other retailers, better learn that just because you have pretty merchandise doesn’t mean you will be rewarded with customer loyalty. You have to earn it.

Blaming online retail for your woes or real estate prices going up are loser’s limps. Fix the customer service, you fix your retail sales.

Pride yourself on being difficult to do business with and watch shoppers avoid you.

The choice is yours.

Looking for help with that? Let's talk