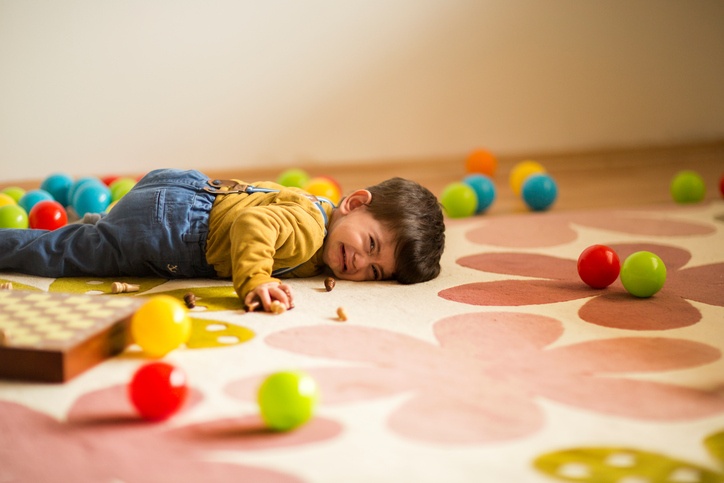 The big news this week was that Toys R Us took the final step to close all 735 of their US stores and put 33,000 people out of work.

This is a big deal.

The Toys R Us story is being seen as the big box category killer retailer that got killed by Amazon.

It’s a story that’s much bigger than that.

Toys R Us rode the coattails of the Baby Boomer generation. When I was growing up in the 60’s, we received a few presents at Christmas and one for our birthday. There was no shut-up toy in the grocery aisle, no just because surprise from a close relative, and not a lot of places we could even go to buy toys.

So when Boomers had kids, they wanted to give their kids more than they ever had. Having had a dearth of selection and opportunity, stores like Toys R Us gave us what felt like unlimited choice and we responded by making them powerhouses.  The founder, Charles Lazarus’, model was a grocery store and it was a familiar way to buy things – aisle after aisle stacked high. In the 1980s and 1990s, it was the most important toy store in the country.

This was long before most people had even heard of WalMart and long before Amazon. And the model worked well. Until it didn’t.

The fundamental thing that plagued Toys R Us was the notion that all that choice equaled an easy sale. Yet as any retailer knows, unless you can move that merchandise in a timely manner that leads to profit, you can’t sustain the business.

The customer experience has to be the best if you want to stay in business. I’ve been in great toy stores like Creative Kidstuff in Minneapolis, MN and Pufferbellies in Staunton, VA and you always see kids and employees playing with the toys. I’ve never seen that at Toys R Us. Toys R Us' failed to translate the joy of toys to their stores; toys became a commodity.

And let’s be honest, you probably have seen more kids playing at an Apple store than you ever saw lately at a Toys R Us.

You might be thinking, well I’m not a toy store - big deal. It is a big deal! A huge deal!

7 things every retailer should takeaway from the Toys R Us demise:

1 - Just having more product doesn’t make you profitable. In 2018 shoppers are barraged by choice and often feel overwhelmed by looking at so many seemingly identical items. Your merchandise has to be displayed in new ways to cut down on the shoppers’ sensory overload of having to sift through products and packaging.

2 - Products in boxes aren’t engaging. Shoppers want to be able to see and feel something when they go in a store. You have to find a way to involve them in what it would feel like to own the product, wear the product, or give the product.

3 - Products don’t sell products, people do.  While it is true 90% of shoppers begin their path to purchase online, when they come to a physical store you have to help them buy the item; not just present it. You have to sell the merchandise past a single no, or objection. Neither means no way, they just translate into not until I feel more confident about buying it. That's why you need retail sales training for your crew.

4 - Products presented in stores that look like they’re from generations past don’t sell. Toys R Us knew they needed to remodel their stores, but they weren’t throwing off enough cash to pay their creditors, much less revamp their stores. You have to remodel your retail store every 3-5 years if you want shoppers to return more than once.

5 - If your sale merchandise doesn’t excite people, there’s something wrong. Even when Toys R Us had sales, rivals had even lower prices, yet Toys R Us presented themselves as a discounter.  And when you only scream price, price, price, and a shopper finds lower prices somewhere else, they are quick to abandon you.

6 - When your products are displayed better at other retailers, you’re sunk. Toys R Us used to be the only place to buy many toys, but Target and others have cherry-picked the best and now moms don't have to make a special trip to the toy store. Because the competition has a more curated selection, it is easier for their customers to make a buying decision – even without a salesperson.

7 - Debt is real. Toys R Us wasn’t making money nearly twenty years ago and turned to private equity as creditor of last choice. You can’t spend your way with new lines into profitability. There are other big retailers like Bon-Ton, Kohl’s, Claire’s, J. Crew, Nine West and Macy’s being seen as having unsustainable debt. When the market shifts, you have to double down on getting the merchandise out the door at a profit.

And if you are a toy, hobby, or baby store, know their tsunami going-out-of-business sale is going to steal your sales for most of 2018.  Moms are going to stock-up on discounted items and hide them until the holidays.

You better up your own game. This is serious.

In a recent article from Reuters, a spotlight was shone on Lowe’s reporting they were getting more people into their stores but their conversion rate was slipping.

According to the post, “Not only did the chain demonstrate a failure to turn its increased store traffic into increased sales, but those items that people did purchase were lower margin, big-ticket items such as lumber and washing machines.”

As I said in the RetailWire discussion Why Does Lowe's Seem To Have A Problem Turning Shoppers Into Customers?, “Like most retailers, Lowe’s has so vilified selling that they expect shoppers to convert on their own or with a robot or silly hologram. Retail is a human business. I see many Lowe’s employees on my site looking at my how-to sales articles. But you can’t just read, you have to change behaviors.”

“Conversion takes relentless training on how to take a complete stranger who distrusts you to build enough rapport and become a trusted advisor, so you can suggest and close the sale. You can’t just have people — or robots — to answer questions. You need to help the shopper move from considering to buying. That takes a relentless focus on people, not on gadgets or price, and not simply adding brands or technology. Fix the training, you fix conversion.”

And that’s my final point to you. It is all about conversion of shopper to customer. From looker to buyer. From merchandise on the floor to merchandise in the bag. And that takes a relentless focus on your retail sales training.

Anything else is just warehousing.

And warehousing, like we’ve seen in Toys R Us and others, isn’t a viable path forward.